After Sunday night’s debacle, there was no where to go but up for the Rangers. And boy did they ever go up. The Rangers played their most complete game of the series thus far, and probably their best hockey game of 2017, beating the Habs 2-1 to even the series.

From puck drop, you had the feeling that this was going to be a different game. The Rangers were the first to pucks, they were in on the forecheck, they were driving to the net, and they were getting good chances. When you do that, you create your own luck, as is what happened on Jesper Fast’s opening goal.

But where would the Rangers be without Henrik Lundqvist? Hank again stood tall, and in my opinion has been better than Carey Price all series. He made big saves when they needed them. The defense did a good job clogging the middle and preventing quality chances. The penalty kill was excellent and disciplined as well. Just a good all around win.

Andrei Markov mishandled the dump in, which caromed right to Jesper Fast. This caught Price by surprise, and Fast was able to tuck it through Price’s legs.

Brady Skjei challenged Alex Radulov in the neutral zone, but he was able to chip a pass to Torrey Mitchell to get a 2-on-1 against Nick Holden. Holden slipped on a banana I guess.

Ryan McDonagh made a great keep at the blue line here. He then made an even better pass to Rick Nash low. Nash was all alone as he cut in and slide the puck under Price. 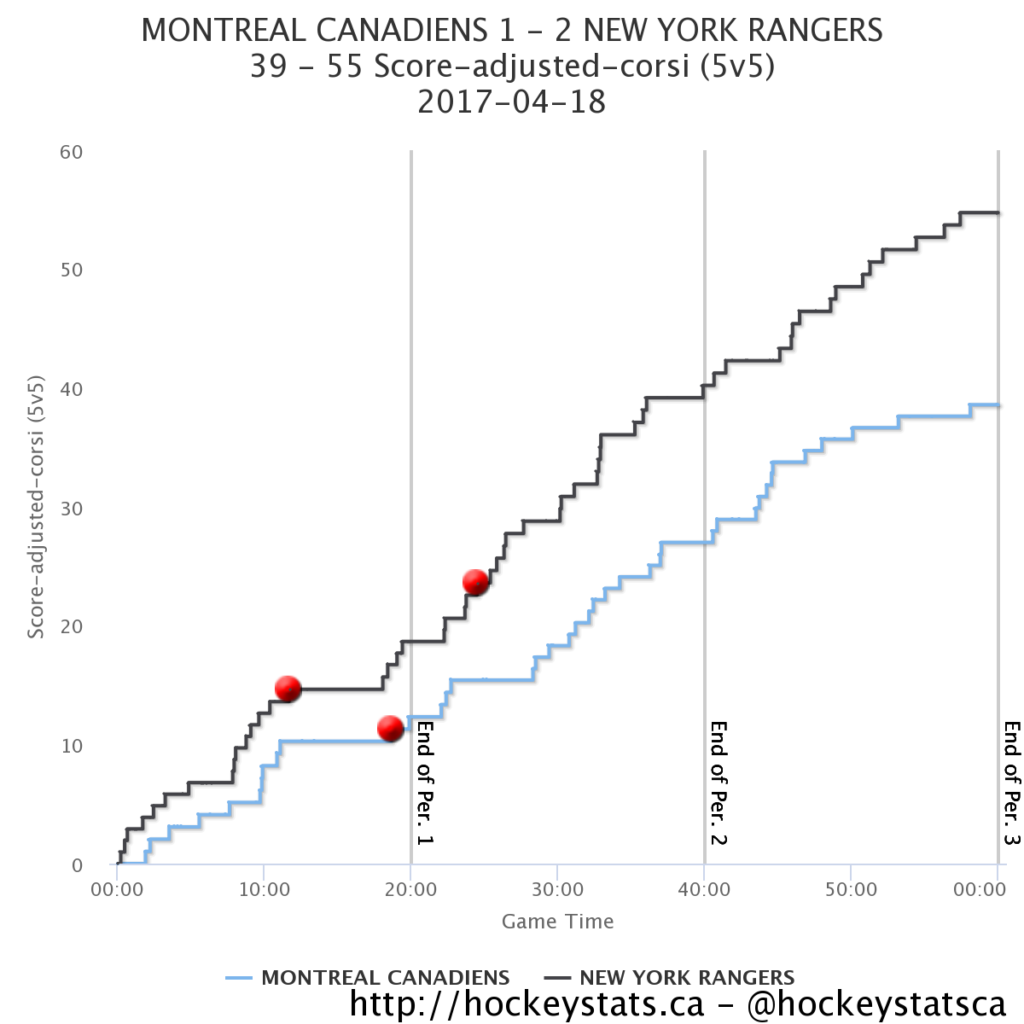 This is what you want to see from this group. They have the skill to be able to dominate their opposition, especially one as flawed and thin as Montreal. This was a dominating performance, spending most of the time in the Montreal zone. The Rangers have the skill to match, and process like this will breed many wins in the postseason. 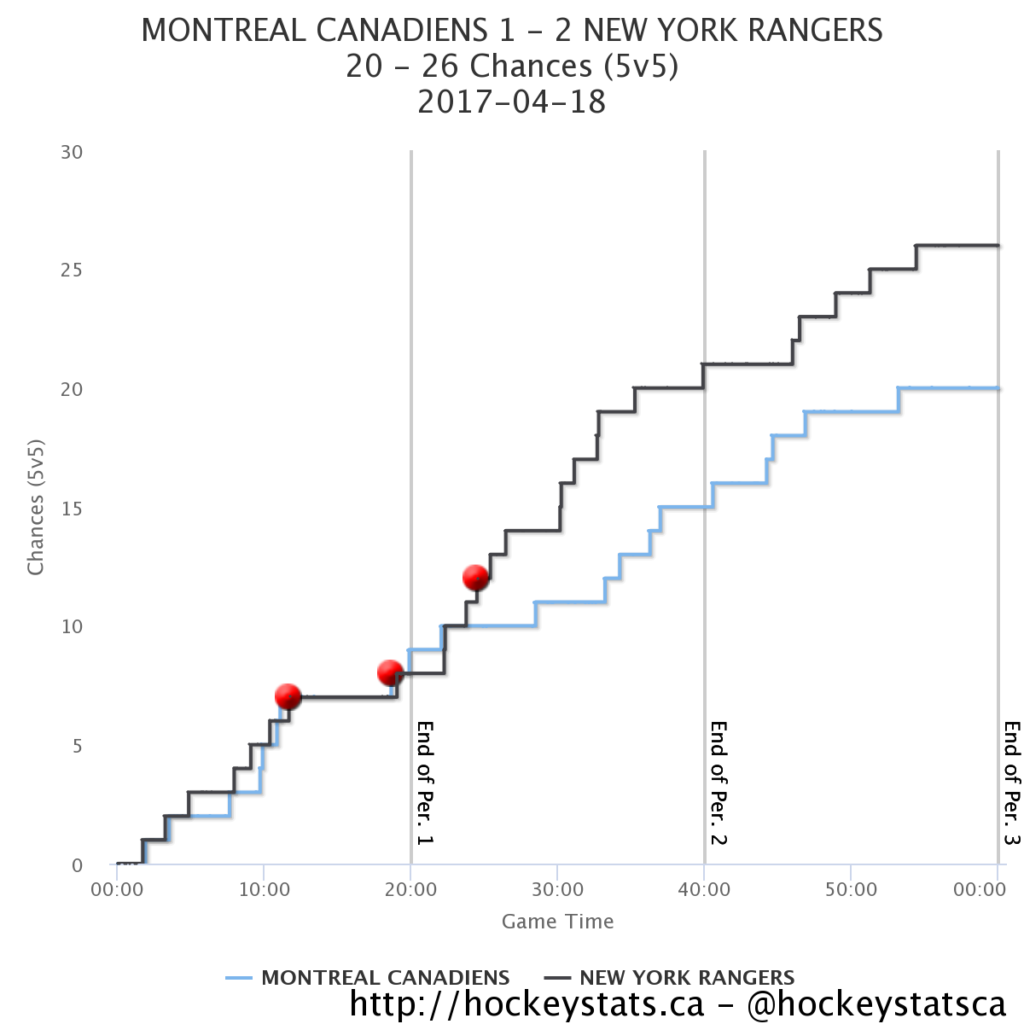 I wasn’t just quantity of chances either. After the first period, the Rangers really turned it on offensively and clamped down defensively. They got all the chances, while limiting Montreal’s chances. The defense woke up, and finally realized they can’t hang Hank out to dry nightly.

Now the big thing for the Rangers will be consistency. If they can do his again in Game 5, they will win. It’s about good process. Speed through the neutral zone. Forechecking. Smart dumps. Getting in passing lanes. Preventing quality chances. Fundamental hockey. The Rangers are more skilled and deeper than the Habs. If they play with proper process and have good coaching, they can win.