There’s only so much Henrik Lundqvist can do. If he doesn’t pitch a shutout, the Rangers lose. It doesn’t help that they can’t win at home either. But this was just an inexcusable performance by all Rangers not named Lundqvist or Rick Nash. Sure, the Rangers had hits, but that’s what happens when you never have the puck. Heck, even when they were down three in the third and the Habs were backing off, they still couldn’t get anything going.

Carey Price wasn’t tested in this game. The powerplay was atrocious. The penalty killing was just as bad. But the 5v5 play was probably the worst. They couldn’t sustain anything at all. No offensive pressure. Not making Price move. Nothing. This was embarrassing. And in the playoffs no less.

This team needs more speed and skill. Yet Pavel Buchnevich and Adam Clendening, who have both, are not playing. This isn’t even about replacing a bad player in the lineup. It’s about playing the lineup that gives you the best chance to score on Price. This lineup isn’t it.

Tomas Plekanec won the faceoff clean, which let the Habs run a set play. Jeff Petry got the puck back to Plekanec along the boards. With both Derek Stepan and Dan Girardi focused on him, Plekanec slid the puck low to Brendan Gallagher, who made a quick pass to Artturi Lehkonen in the slot for the bang-bang goal.

There was no hooking call on Rick Nash at the other end of the ice, which was absurd. That led to a goal at the other end. Ryan McDonagh chased high for some reason, leaving Alex Galchenyuk wide open. Galchenyuk then waited to draw Girardi out of position with the snow angel, then fed Shea Weber for the easy goal.

Gotta give credit where credit is due. Also, dressing Kevin Klein back fired on this one. 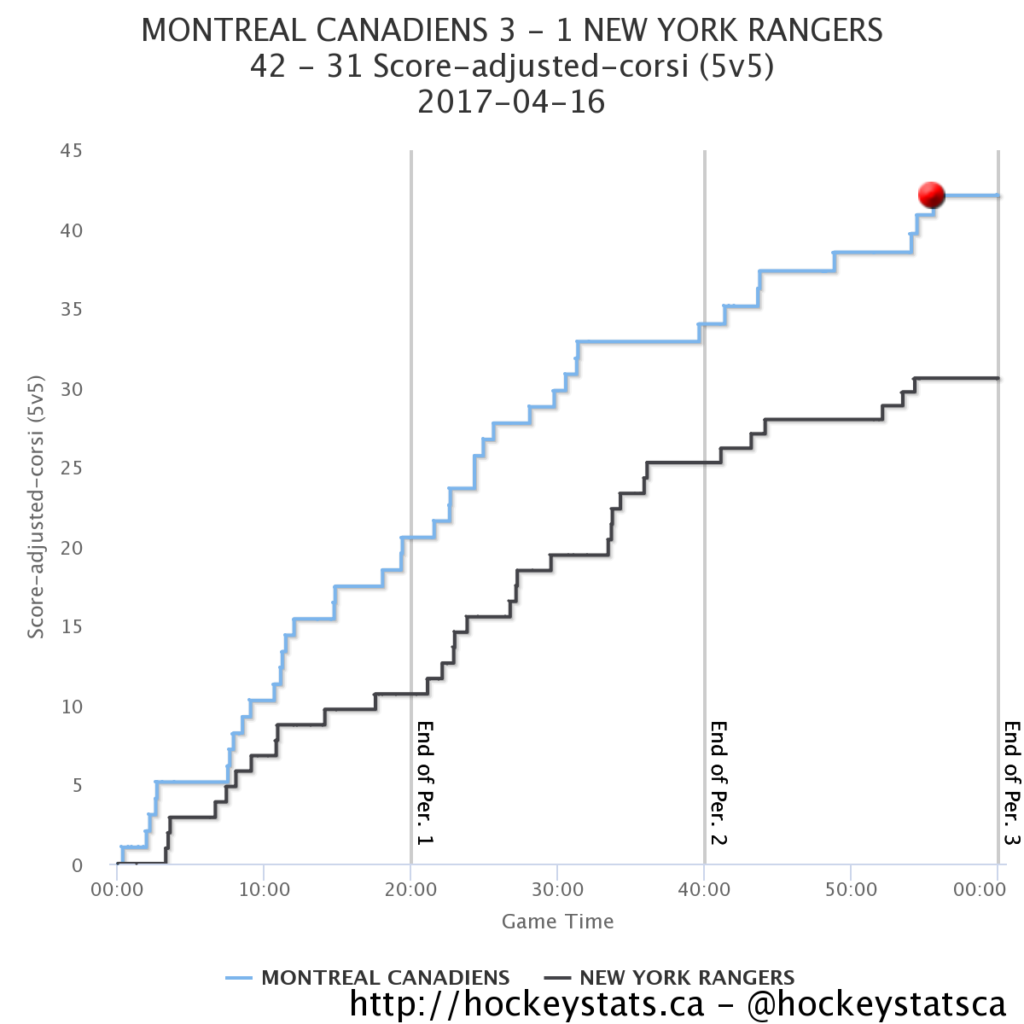 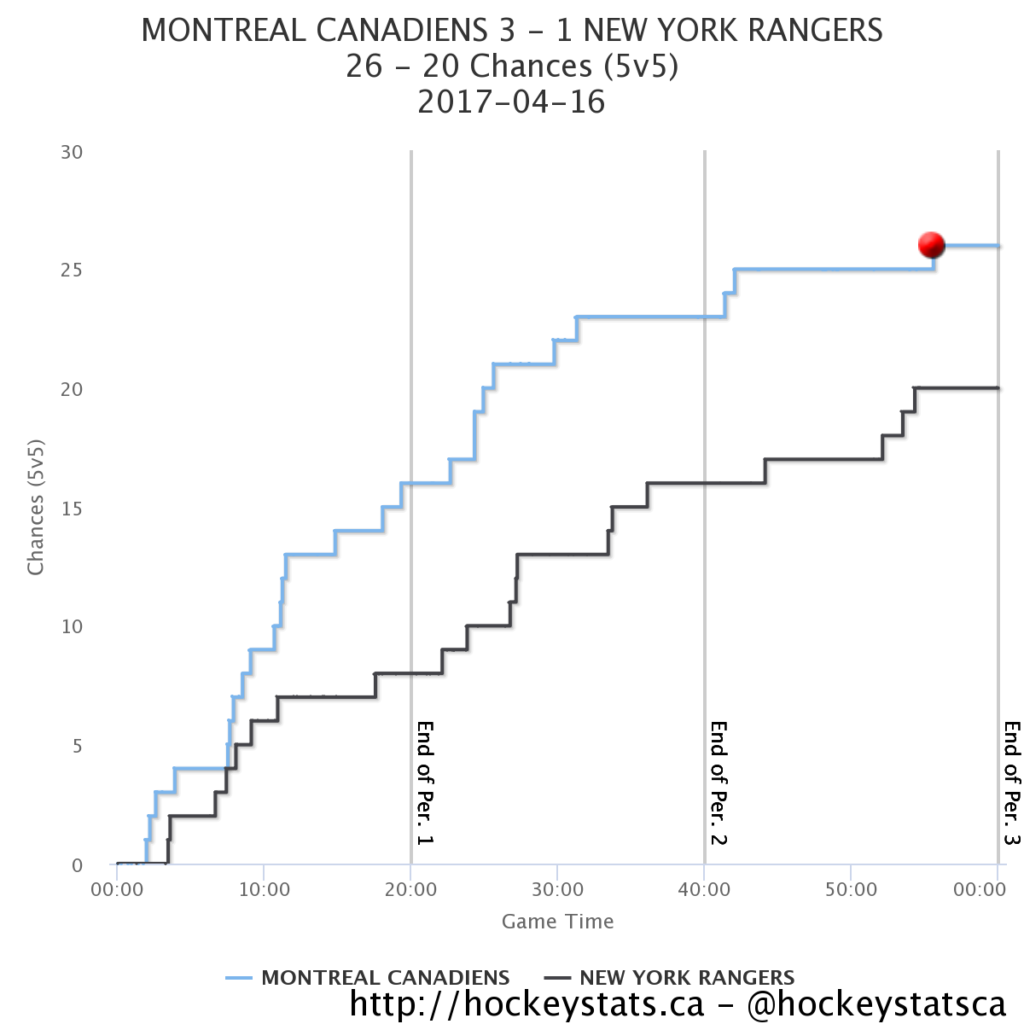 And this is even worse. Did the Rangers even try to score?

I know that this was my first playoff game this year, but by most accounts they’ve looked like this for the first two games as well. The Rangers are playing right into the passive style of Claude Julien that drove them nuts when he was in Boston.

But here’s the thing: The Habs are not a good team. The Rangers can beat them if they execute their game plan. They simply haven’t done it yet. Part of that execution is a speed game and getting the puck out of the defensive zone. Execution is missing. After watching this game and talking to people I trust about the first two, it appears the Rangers are broken.