Breaking up the “Kid Line” would be a bad idea 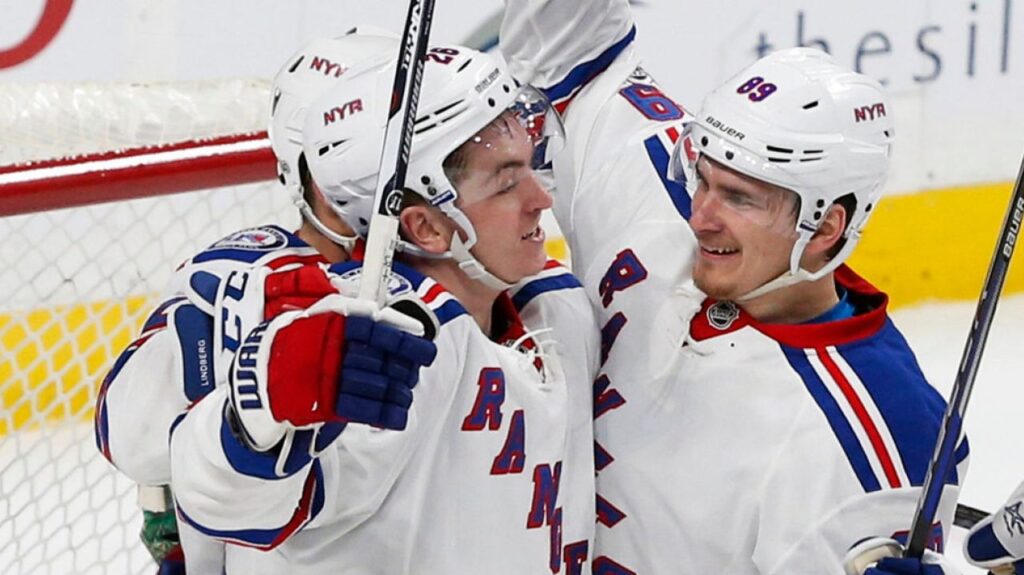 Over the weekend, Alain Vigneault decided to put Pavel Buchnevich, Oscar Lindberg, and Jimmy Vesey together on the fourth line. The trio clicked immediately, despite some concerns they might be defensively deficient. It provides even more evidence to support the speed/skill fourth line over grit/toughness.

Now don’t get me wrong, every team needs snarl. We got a little bit of that last night with a good Old Time Hockey brawl. It wasn’t a staged fight. It was one of passion that involved Vesey dropping the gloves, teamed with Brendan Smith and Nick Holden against three Devils. That same Vesey has been involved in a few other tussles this season.

But the difference between the snarl that we saw last night and the snarl that a Tanner Glass (or a Brandon Prust, Colton Orr, Donald Brashear, etc) doesn’t bring much else to the lineup. Glass is a decent skater and can get in on the forecheck, but skill isn’t something he has. In today’s NHL, skill wins. Not clutch/grab.

So now we have the Buchnevich-Lindberg-Vesey line. Vesey has a goal and a fight since that trio was put together. Lindberg has two goals and an assist. Buchnevich has a pair of assists. They’ve been instrumental in getting the Rangers three of four points in the last two games.

Vigneault is at a crossroads here with roster decisions. He has his hands full with the defense, but the current 12 forwards being dressed are the 12 best forwards on the roster. This should be a no-brainer.

However despite what we may think about the best lineup, AV always has something else on his mind. It would be a big mistake to break up that fourth line though. With that level of talent and skill, they will likely control play with favorable matchups. Depth scoring is critical in the playoffs.

But what do I know? I wouldn’t be shocked if Kevin Klein gets in for Buchnevich at some point.