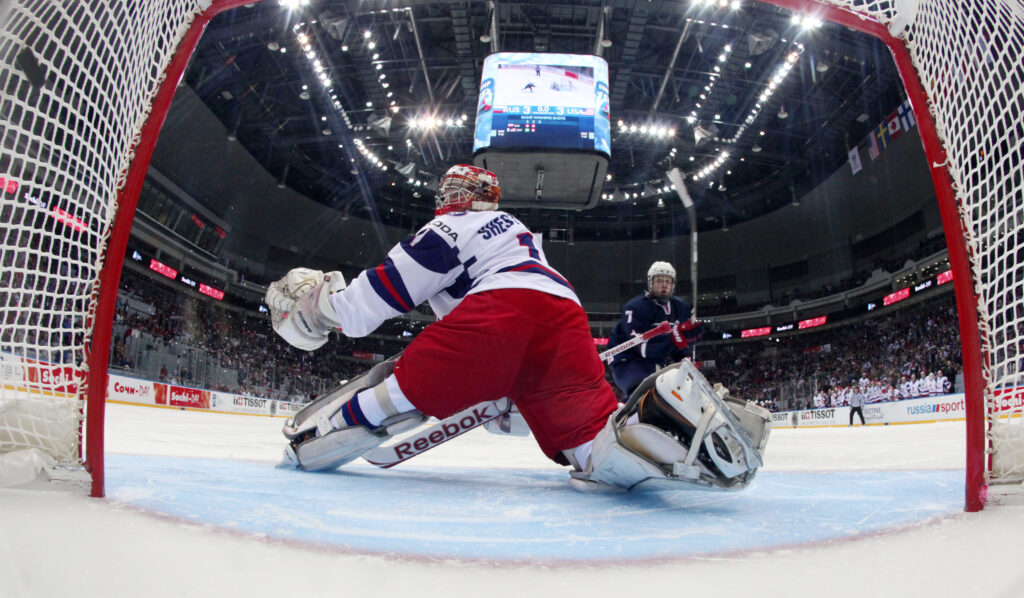 Received a couple of questions this week for the mailbag. So let’s have at it. Don’t forget to use the mailbag feature on the right side to submit any questions.

BrooklynVic asks (short version): When can we bring Igor Shestyorkin over? With Henrik Lundqvist getting up there in age and Antti Raanta’s uncertain future, the Rangers could use him.

First things first, Shestyorkin is the heir apparent to Hank. He’s been lights out in the KHL at just 20 years old. Of all the goaltending prospects the Rangers have, and they have a bunch, he is the best.

But to answer the first question, it’s unlikely the Rangers bring him over until after his KHL deal expires. He has two more seasons left, so that won’t be until Summer 2019. If/When he does come to North America, the fair assumption is that he will need to spend a year in the AHL before being ready for prime time. He may be talented to jump straight to the NHL, but a year in the AHL is a safe bet.

In regards to Raanta, let’s remember that he’s a backup goaltender. He’s not the future. Like with Cam Talbot, it’s expected that the Rangers will trade Raanta to a team that can protect him for the expansion draft. Dallas is the team that stands out, but there are always wild cards that we don’t look at. The Rangers would then expose Magnus Hellberg/Mackenzie Skapski in the expansion draft.

As for Hank, the only concern I have is that he’s been injured a little bit more often the last few years. Some are freak plays, mostly by noted and dangerous hitman Ryan McDonagh, but some –like this lower-body injury– stand out to me. Age is a goaltender’s mortal enemy, and Hank is not immune to age catching up to him on the injury front. I’m not concerned about his play on the ice, he’s still an elite goaltender. At the very worst, he will be above average until Shestyorkin is ready.

NYRDani asks (also an abbreviated version): What do you think the lineup will be for the playoffs?

I’m going to rip the band-aid off here. Yes, Dan Girardi will replace Adam Clendening in the lineup when he is healthy. Yes, Tanner Glass will play in a playoff game.

Expect 11 of the forwards to dress every game. Expect Glass to rotate in for Pavel Buchnevich from time to time, especially if the Rangers fail to establish a dump and chase forecheck. Or if they are perceived as getting “out-toughed.”

Once Girardi is back, those are your six defensemen. My expectation is that Alain Vigneault goes back to “ole reliable” of McDonagh/Girardi. After that, it’s a mix-and-match of the remaining four defensemen. However I hope that McDonagh/Brendan Smith remains a thing and Brady Skjei gets the 2LD spot. After those three, doesn’t really matter where the others play.

That’s it for this week. Repeating what I said up top, don’t forget to use the mailbag feature on the right side to submit any questions.