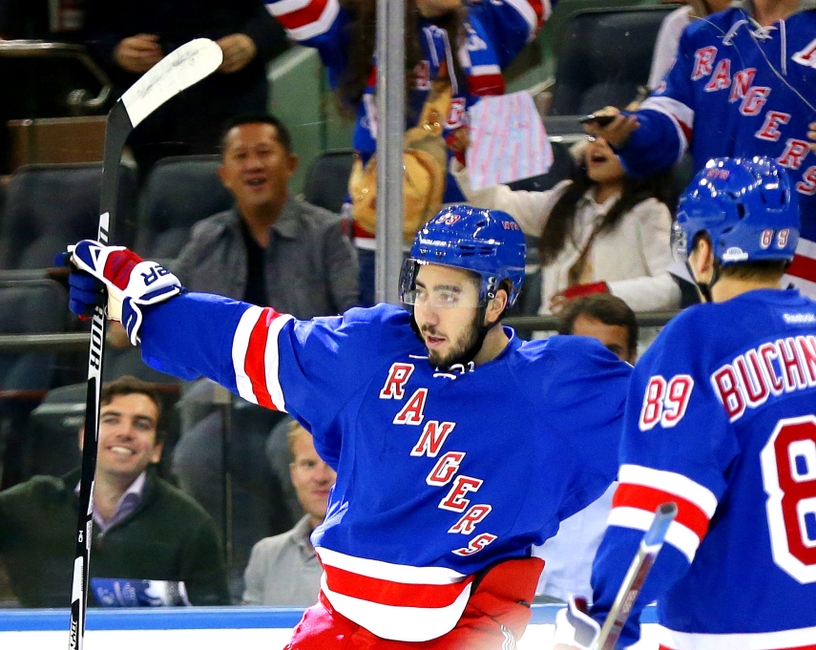 As the Rangers gear up for a playoff run, a lot of the focus has been on potential opponents and/or pending lineup decisions. But I want to take a step back and appreciate the big picture for a second. In September, we all thought the Rangers had no chance of being this good. If you had told me that Henrik Lundqvist would struggle for the first half of the season, I would have guessed the Rangers missed the playoffs.

But here we are, 90 points later and a virtual lock for the playoffs. The goaltending came around. The defense is pretty bad, but there have been bright spots and unexpected scoring sources. However it’s been the forwards carrying the load by outscoring the inconsistent goaltending and porous defense. It’s time we appreciate that depth. 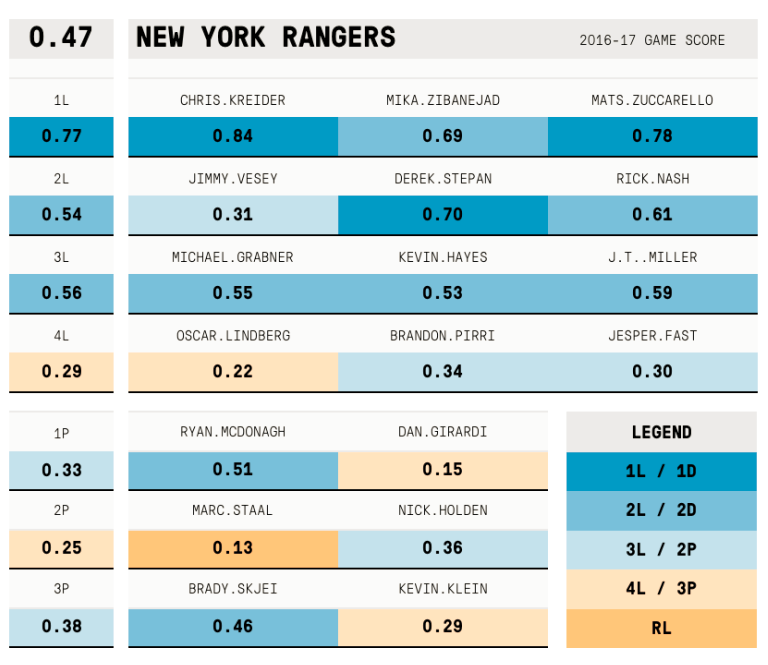 When it comes to cumulative game score, the Rangers boast eight top-six forwards by that metric. They have another three third liners, and one fourth liner. This has a games played requirement, so Pavel Buchnevich, Matt Puempel, and Tanner Glass are not shown here.

It’s also worth noting that the Rangers have three defenseman (McDonagh, Skjei, Holden) over 30 points. For a team that struggles mightily with zone exits, that’s still pretty impressive.

The scoring depth on this year’s version of the Rangers is something to marvel at. It’s what gives them a legitimate shot to make a run this year. With that offense and Henrik Lundqvist, anything can happen.