Should the Rangers Keep Hayes with Miller? 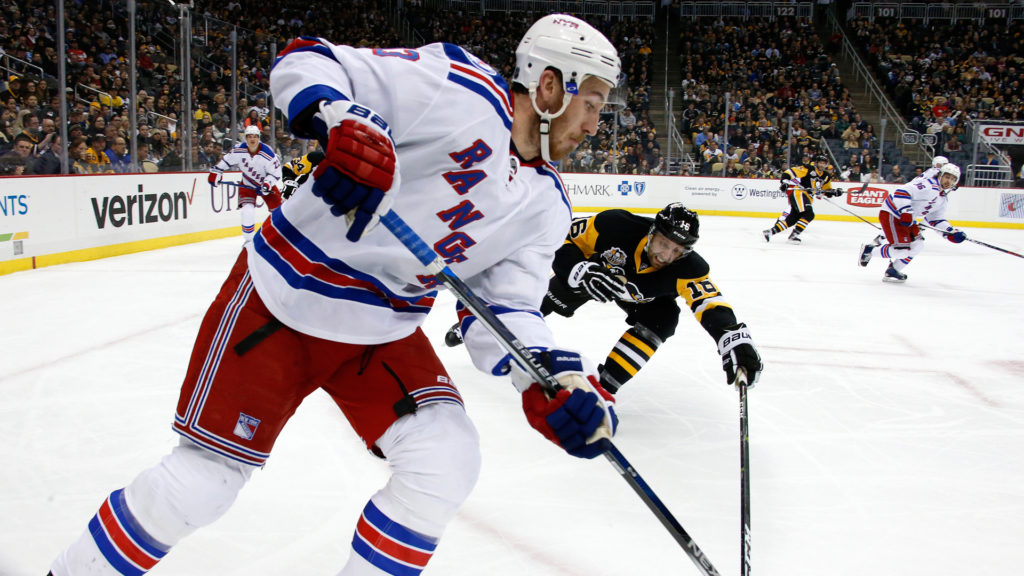 The New York Rangers are an incredible case study, I do not believe that there has ever been a team with such stark differences regarding the talent level between the offense and the defense. The offense is so deep that we may as well call our forwards Mariana. Tje defense… eh I don’t have to say anything.

In the grand scheme of things, especially seeing the moves that GM Jeff Gorton made over the summer, I still consider this season to be a transition season, and it hasn’t been as bad on the eyes as last year so that’s always fun. The Rangers’ possession numbers aren’t something to be thrilled about though, and while the defense has been a focal point of the issues that we have faced, I think there are some things that may at least be worth trying to maximize the potential of our offense.

I want this to be known, I think Alain Vigneault, through all of his faults is a pretty smart coach. I also disagree with the criticism that he hates young players. For every Dylan McIlrath there is a risk taken on an Anthony Duclair. Some flourish, some don’t. Under AV, Jesper Fast has become a pretty respected player. Matt Puempel has been given a shot to succeed. Chris Kreider has become all that we have ever wanted this season. Brady Skjei has steadily been given harder minutes and tougher opponents. One can even argue that AV had a big role in Mats Zuccarello’s development.

JT Miller and Kevin Hayes, through some tough love, have added other elements to their game to make them even more valuable to the success of the Rangers, and are huge pieces for the future. Hayes is returning to the lineup after being injured, but the question is, should he be put back with Miller?

I think everyone by now knows how much I love Kevin Hayes. He followed up last year’s “disappointing” season by changing his work out regimen and we can see how it has improved his play. The work ethic he has shown, or at least portrayed by taking initiative, gave AV the green light to try him on the penalty kill. It’s something many folks were interested in trying out last season, and has worked with flying colors, as he and Miller created the Rangers’ “Power Kill,” providing threats to provide offense even when down a man.

The thing is, even though both are producing, it may be worth looking into splitting them up at 5v5. Using Puckalytics’ WOWY tool,  we can investigate a bit and see that together. Miller drops in CF% when with Hayes, but together they have a massive spike in GF% and GF/60 together. It is really interesting, and I believe that it can best be explained with Hayes’ willingness to hold onto the puck as long as possible as he waits for the perfect opportunity.

For many players this can be a death wish, but given Hayes’ size and talent he pulls it off pretty well. The thing that is interesting to me however, is that Hayes possession stats are lower than ever before and although he has produced with JT, they do get pinned in their zone.

Keeping Hayes and Miller together certainly boosts the offense. However it poses a defensive risk, sometimes getting caught for extended periods of time in their own zone. It’s a risk vs. reward situation for the Rangers, and will be interesting to see what AV goes with.