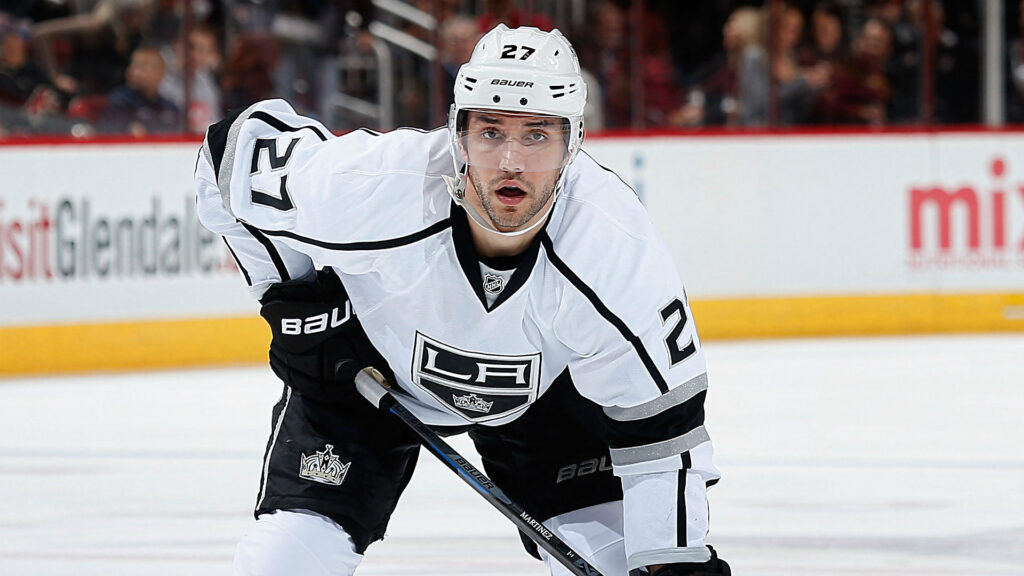 The Twitterverse got a little excited yesterday, as rumors broke that the Rangers are heavily scouting the Kings. They had Doug Risebrough in Ontario to watch LA’s AHL squad, and are rumored to be checking out the NHL squad with regularity. I don’t know much about the source, but people I trust have vouched for him. So, take that as you will.

We know the Rangers want a right handed defenseman. From LA’s standpoint, they need cheap depth scoring. Outside of Kopitar, Gaborik, Toffoli, and Carter, they have very little in terms of skill, scoring, and speed. On paper, there’s a match to be made assuming salaries can sync up. Trying to figure out who LA is willing to part with is a little challenging though.

Let’s start things off with the obvious. The Kings are not trading Drew Doughty. The ideal target would be Jake Muzzin, who is so sneaky good it’s scary. The only reason why Muzzin isn’t talked about much is because he is overshadowed by Doughty. Muzzin is a lefty though, but someone that talented can probably play on his off-side. That said, he’s likely not going anywhere, as much as I want him on Broadway.

Assuming the Kings aren’t going to move any of their cheaper defensemen like Derek Forbort, and the Rangers aren’t interested in Matt Greene, that leaves just two possible targets. One is Brayden McNabb, who is young, cheap, solid if unspectacular, and likely not going to be traded for these reasons. That leaves…..Alec Martinez.

I’ll give you all a second or two to cringe, cry, and throw things. 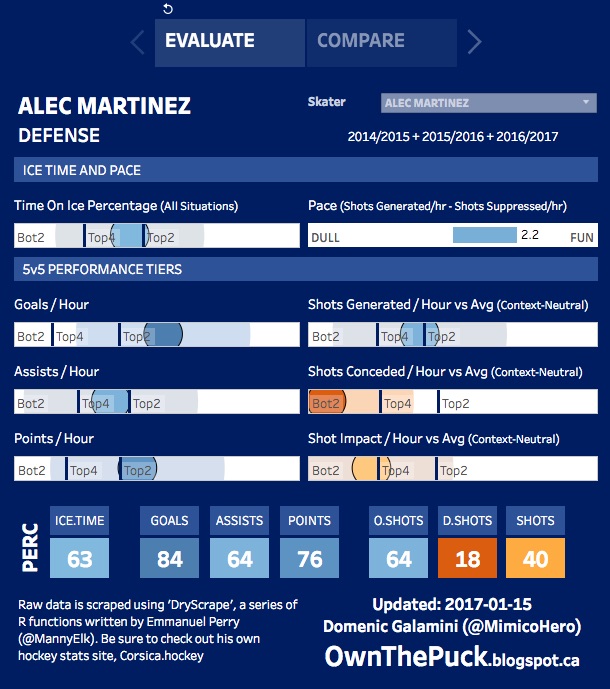 Martinez is an interesting case. He has good scoring numbers. He’s a solid scorer. He drives offense too. What concerns me is that he doesn’t seem to limit shot attempts against. That could mean he is a bit of a liability in his own zone. I’m basing this entirely off stats, as I don’t watch LA that much, so take this with a grain of salt.

Martinez is an upgrade on every single defenseman playing on the right side at the moment, even as a lefty. He’s better than Dan Girardi, Kevin Klein, and Nick Holden. It’s not even close really. So in that regard, Martinez is a significant upgrade.

But Martinez is 29 years old, turning 30 this year. He has another four years on his deal at $4 million per season. The decline is coming, or may have already started. It’s a risk for a player that already has a red flag in the defensive zone.

From the Rangers’ perspective, Klein would need to go to make cap/roster room. It also looks like Oscar Lindberg is the odd-man out in the forward group. I’m not saying these are the guys going, I’m just saying what the rangers appear to be willing to part with.

Personally, I’d prefer some other guys over Martinez, but do recognize he is an upgrade over three or four of the current defensemen. Jeff Gorton has the scouting staff doing their homework. It’s going to be an interesting deadline day.