After an emotional ceremony to honor Detective Steve McDonald there was still a hockey game to be played, and the Rangers fell flat against a pretty good Leafs team. This is not last year’s Leafs team. They have a ton of young speed and skill, and they went to work against the Rangers porous back line. The put up a four spot on the Rangers with Henrik Lundqvist playing fairly well, save for that first goal.

The defense allowed a bunch of quality chances from the slot, some with the man advantage and some without. Hank got some, but not all. He also allowed a weak goal to start the game. Frederik Andersen, on the other hand, was not tested that much. It was a disoriented game by the Rangers, who were well rested but had only practiced once since their last game.

The Leafs came away with the puck after a boards battle by the blue line. They quickly worked the puck to the weak side, and William Nylander was able to sneak a shot by Hank. Not sure if Ryan McDonagh tipped it, but Hank likely wants this back.

Brandon Pirri negated a Rangers powerplay with a bad penalty, which led to a Leafs powerplay. This was just bad all around. The focus is going to be on Dan Girardi’s snow angel, which did not block the pass at all. Once Mitch Marner’s pass got by Girardi, there was no support behind him to stop James van Riemsdyk, who had all day.

The Rangers won an offensive zone faceoff, which led to a little set piece where McDonagh carried the puck to the corner and threw it in front with Chris Kreider there. Kreider battled while on the ice and eventually got it through Andersen.

With Klein in the box, the Leafs scored again on the powerplay. Kevin Hayes was in No Man’s Land here, failing to prevent one of the Tyler Bozak shot or defending Connor Carrick on the rebound.

JT Miller forced Auston Matthews into a turnover at the Rangers’ blue line, which he then turned up the ice. Miller got the puck to Pavel Buchnevich at the blue line, who sauced it back to Miller with room. Miller’s wrister beat Andersen. 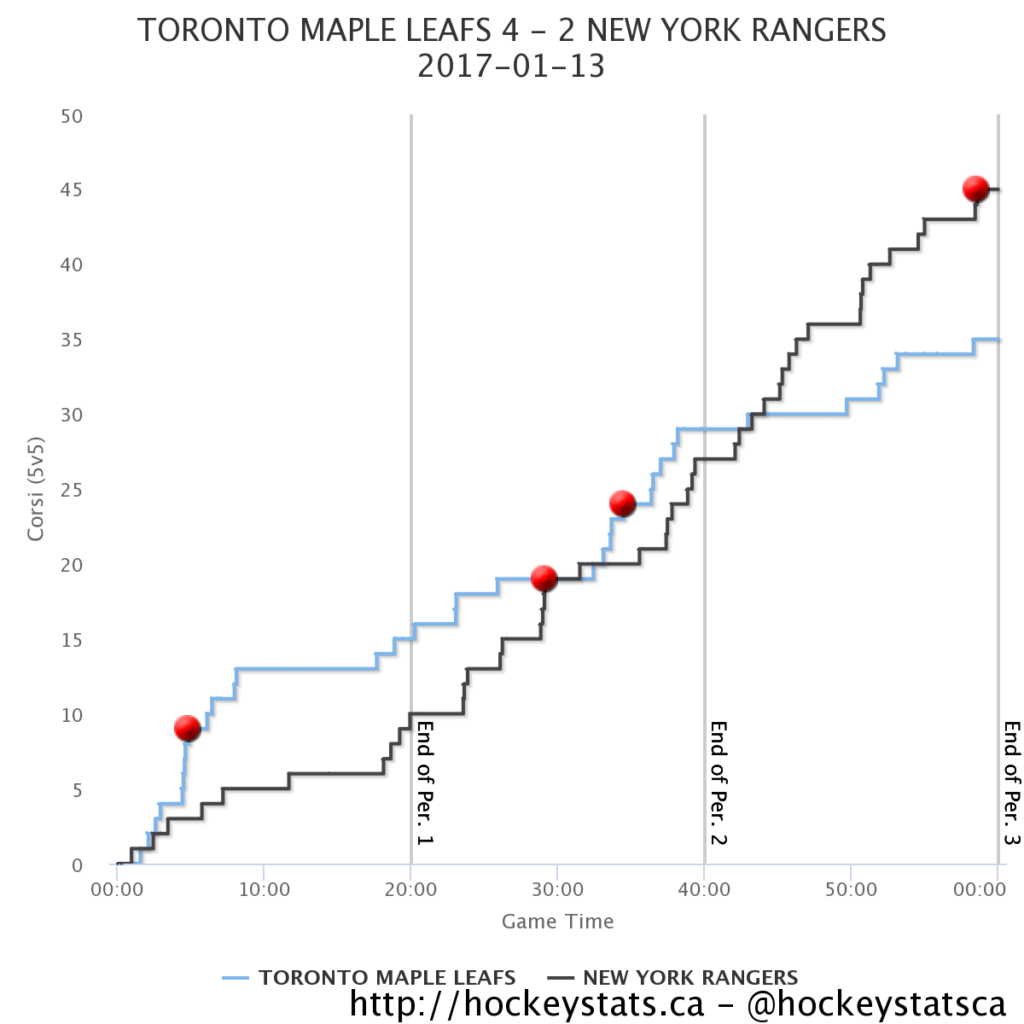 This has score effects all over it, as the Leafs were up big enough early enough to sit back a bit. The Rangers got more chances later in the game, which makes sense because of both the score and the fact that the Leafs struggle late in games. 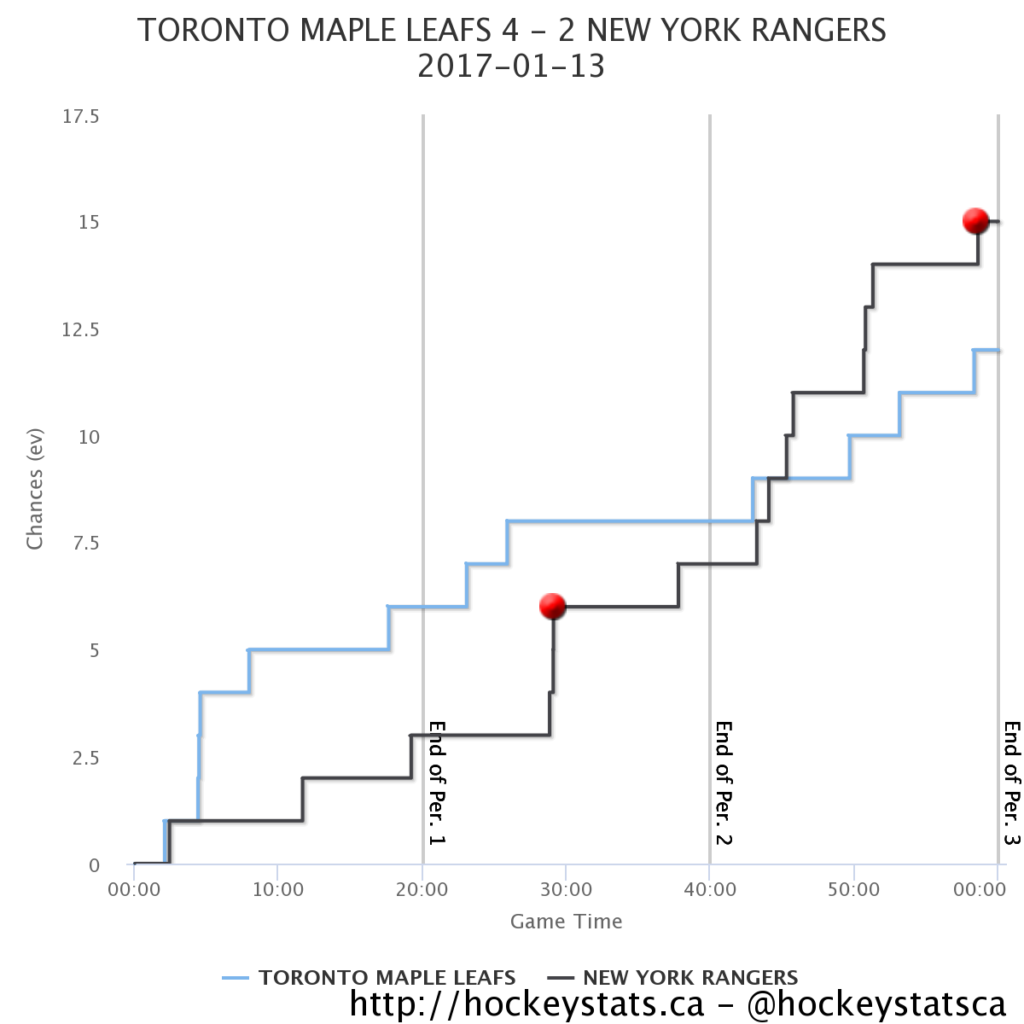 The Rangers did a poor job early on both generating and allowing scoring chances. It wasn’t until halfway through the second, when the Leafs had already built up a lead, that they started limiting chances and getting some of their own.

It was clear the Rangers hadn’t played hockey in five days last night. But Toronto is a good team, so don’t discount that. The Rangers lost to a good team, but a team that is beatable. On to the next one.