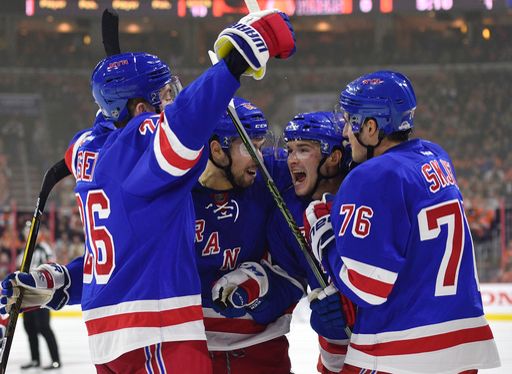 As the focus of the Rangers season thus far has shifted from the goaltending to the defense, it seems that the one thing that seems to slip under the radar is the wild success of the forward group. It’s easy to have that slip through the cracks, as we like to think of ways to improve the club, potentially taking what we see in front of us for granted.

When fully healthy, the Rangers were a scoring machine. They still hold the top offense in the league with 135 goals with a full top line out to injury for an extended period of time. Rick Nash is arguably the Rangers best forward and has played just three games in the past three weeks. Mika Zibanejad is likely the most dangerous forward on the powerplay, and he’s been out for two months. Pavel Buchnevich is the top rookie, and it looks like Putin kidnapped him.

Yet, despite a little blip in late November/early December, the offense hasn’t missed a beat. Picking up Matt Puempel off the scrap heap looks like a genius move by Jeff Gorton, as even if the former first rounder can’t keep up the production, he has filled in the injury gap nicely. His acquisition and play made Josh Jooris –who isn’t exactly a bad hockey player– expendable.

Puempel’s play, along with the solid play of call up Marek Hrivik, has given the Rangers’ fourth line some major stability, as their regular fourth liners have been thrust into top-nine roles. They give the Rangers a solid scoring threat from that line, something that injuries usually gut.

But let’s not take away from the guys who’ve been forced to move up roles. Kevin Hayes has shined as the 2C, showing he can take on critical penalty killing minutes as well. Chris Kreider has shown more consistency with Derek Stepan and Mats Zuccarello, a line that has carried the Rangers the last few games. Oscar Lindberg has shown he has the skill to be a decent-to-solid 3C, even if the production isn’t as consistent as we might prefer.

On any given night, any line has the potential to carry the team, which is a testament to how Gorton has built this team. With speed and skill up to five lines deep, the Rangers have been able to withstand significant and long term injuries to key players, and it looks like the forwards haven’t missed a beat. The Rangers have forward depth that can rival even that of the Penguins, and puts them in a position –with some key fixes in other areas– to be a potential sleeper come playoff time.