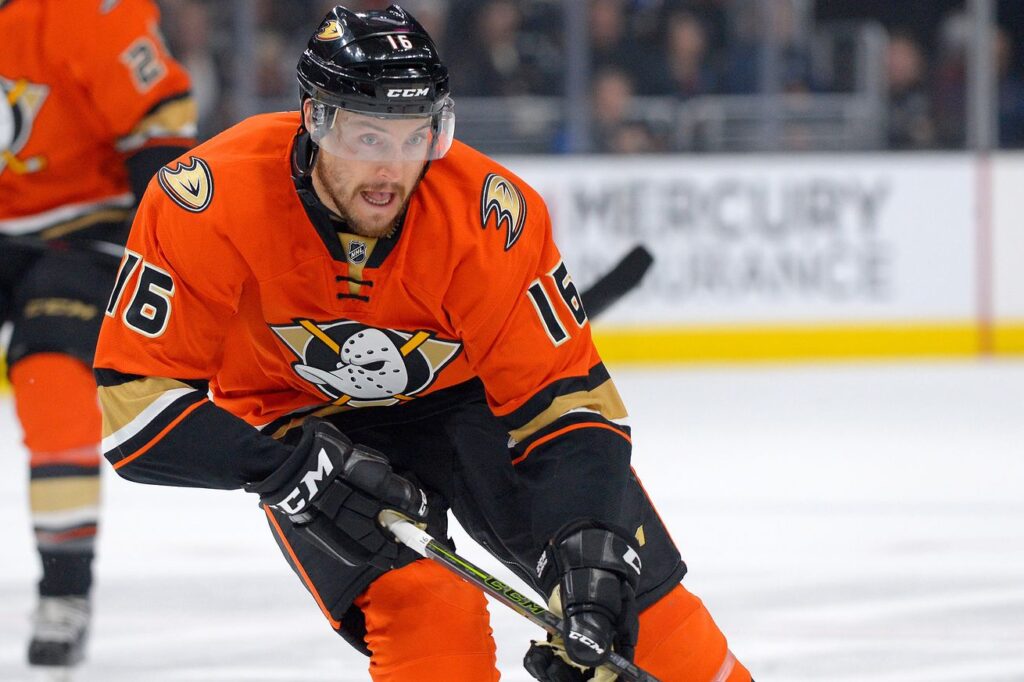 The New York Rangers have hit a prominent lull in the 2016-2017 season. It is pretty easy to expect fans to be getting antsy when your team has given up more touchdowns than the Cleveland Browns in one week, followed up by spotting Ottawa a two-spot early on. Members of the analytics community expected the team to slow down, and losing an entire first line tends to make the regression even more excruciating. Other bloggers in the Rangers community have mentioned that perhaps, a key thing the Rangers need to help turn this lull around is toughness.

One of the biggest proponents for adding toughness in the Rangers blogger universe is @NYR_Fulltilt and he laid out his points well in this post. I tend to disagree with a lot of what he says, but I have noticed that much of the backlash he is getting is disjointed yelling, making following and cheering for the team difficult at times. I am just going to flat out say my view, toughness is not an issue, nor is having four similar lines of skill, but I do think there is more to the discussion than what meets the eyes.

My first issue with saying that the Rangers are soft is if you equate toughness with components in hockey such as fighting and hitting. The Rangers are currently 14th in the league in hits with four similar “soft” lines. I can’t imagine how soft the 26th ranked Vancouver Canucks are who employ “gritty” players like Dorsett, Burrows, Chaput, Sutter, Sbisa, Pedan and Gudbranson.  If you look at the list of NHL teams ranked by hits, you won’t really be able to find any correlation between hits thrown and the actual standings. Chicago and even a Tortorella led Columbus is in the bottom five, while the common Penguins and Kings are in the top ten.

The Rangers are also third in the league in blocked shots and second in takeaways. So, I’m trying to figure out how the Rangers are soft. Of course, one can argue about meaningful hits such as those that get puck possession, and in the grand scheme of things I do believe I can agree with Fulltilt in that regard. It wouldn’t hurt to add a player who can add a new dimension to the forecheck, but it is certainly not even close to my priority.

There is also a lot of discussion comparing the Rangers’ toughness to that of previous Stanley Cup Champions. If one is to mention the LA Kings or the Blackhawks having names such as King, Bickell, Shaw, Carcillo and Clifford, one cannot just forget that the Penguins had nobody that can fit that group. But again, these are all players that can play the game and add more than just size and fighting to the lineup. Comparing the fourth lines here might be moot, since the Rangers have a fourth line that produces as much as these other Cup contenders.

So let’s get into the nitty gritty (pun absolutely intended). The Rangers are missing an entire top line, which is testing the forward depth. It may play into why the fourth line looks “weak” and “soft.” Tanner Glass is not the answer. There is no need to “try” him, he’s a known entity. He was tried for 120+ games, and I don’t think he was a deterrent or helpful anywhere else on the ice. If you are in the boat of looking for grit, look elsewhere. 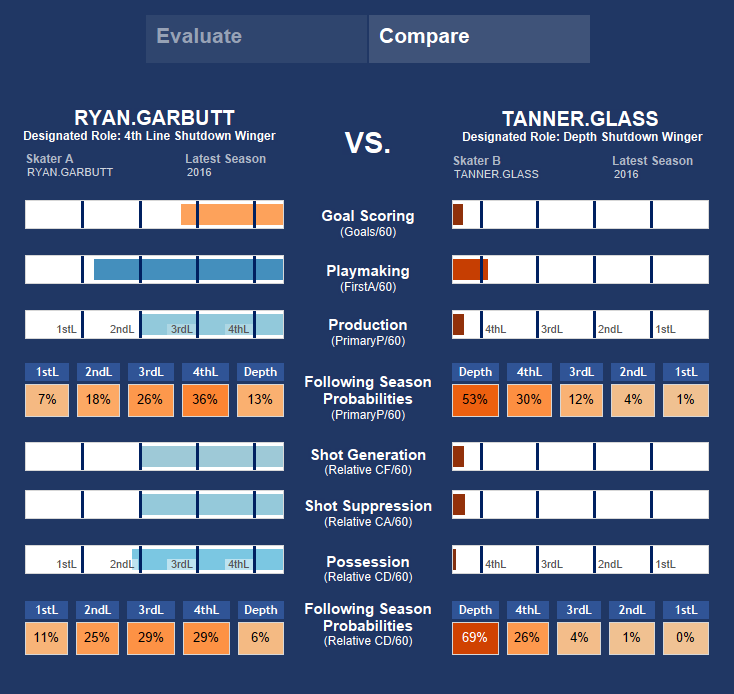 Ryan Garbutt is probably the easiest and most realistic target to acquire. The gritty forward is a mean forechecker, great on the cycle, and suppresses shots really well. This is a player that is not just tough and gritty. He has value outside the “intangibles” and he can likely be had for cheap, as the Ducks waived him earlier in the season. If people are willing to take a chance on a player who hasn’t succeeded here in 120 games, why not take a chance on someone who is not only gritty but also has the stats going in his favor to show he is a pretty good defensive player as well. 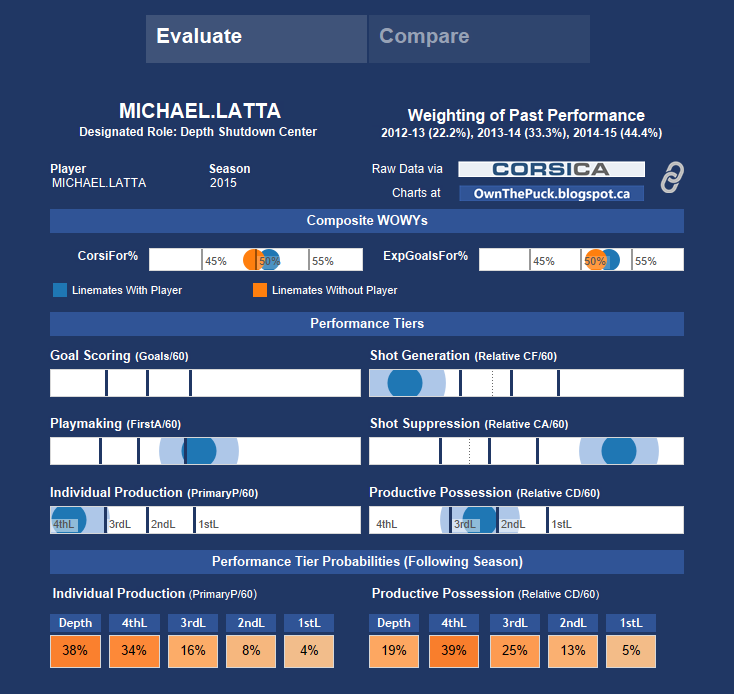 Michael Latta (25 years old) is another intriguing player. The former Washington Capital has never been a full time NHL player, and over the summer signed with the Los Angeles Kings. Unfortunately for Latta he is currently in the AHL, but during his short time with the Caps, Latta showed flashes of defensive brilliance.

Latta has been pretty helpful in the AHL as well, He has a GF% of 64.3 and a RelGF% of 9.4 (courtesy of http://prospect-stats.com). The gritty forward  is known for working hard every shift and suppressing shots. However he doesn’t contribute much offensively. This is a player who the Kings signed this summer and I assume has no real tie to the organization. The Rangers can potentially make a move for Latta using one of their own players on the fence. If he works out then great the Rangers got themselves a cheap and resourceful 25 year old, if not then the Rangers can likely easily send him down to Hartford.

I don’t think physicality is the Rangers’ issue, but I am all for a discussion in which we can talk about different things the Rangers can do to potentially help the team. If the Rangers fix their defense and feel that they should add a player who can bring in a new dimension on the forecheck or emotion, then I only hope the player is not your usual tough guy. I hope that the player can provide something more to the team on top of that. Guys like Latta and Garbutt are the new age of NHL toughness, with skill and defensive prowess to go along with throwing the body.