No, Tanner Glass is not the answer 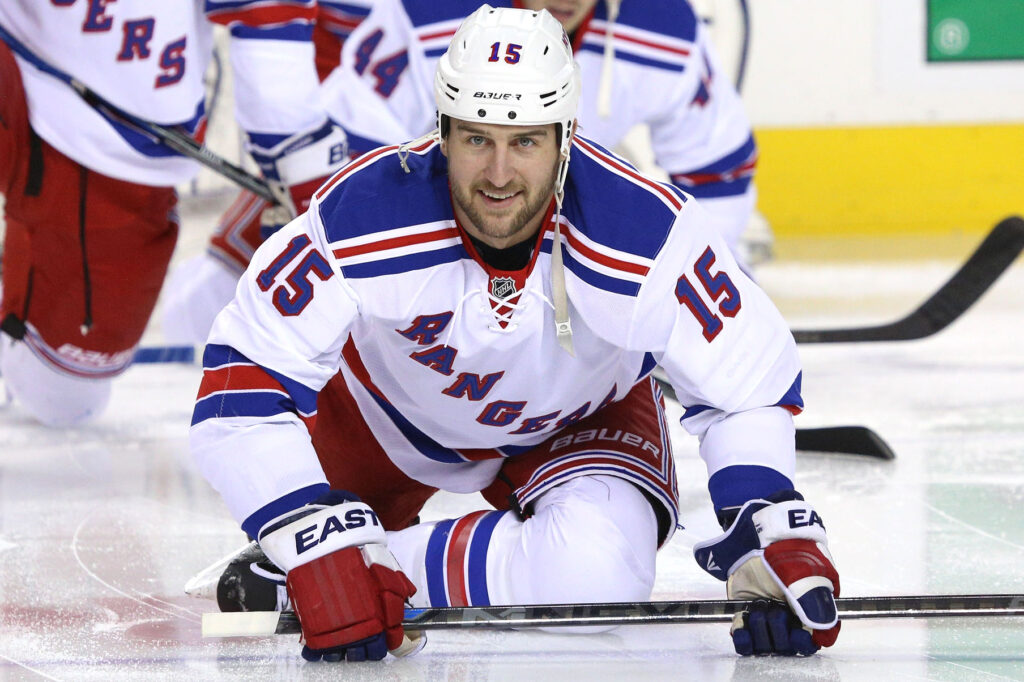 Ever since Cody Eakin laid a dirty hit on Henrik Lundqvist, one that got him suspended for four games, there has been talk that the Rangers are not tough enough. They need someone to retaliate in these situations. They need a deterrent to prevent hits like that. All this had led to discussion that Tanner Glass should be recalled and immediately inserted into the lineup. A certain beat write wrote about it, and I’m not about to link to that piece.

There is nothing wrong with thinking the Rangers need to add a little bit of fear to the lineup. I am one of the people who believed the Rangers should have tackled Eakin for that hit, and forfeited the powerplay. I have absolutely no problem with that line of thinking. However I draw the line at one-dimensional players that struggle in other aspects of the game. So no, Tanner Glass is not the solution to anything.

Guys like Wayne Simmonds and Milan Lucic are valuable because they stick up for teammates and can actually play hockey. Sean Avery was a very skilled player. Dan Carcillo contributed offensively. Tanner Glass does none of the above. He is a one-dimensional fighter, and he’s a player that would essentially gut any fourth line depth the Rangers have. This isn’t an indictment of Tanner the human being, who I’m sure is a helluva guy. It’s a statement that the Rangers are a better team on the ice with other younger, faster, more skilled players. It’s about wins.

It is not a coincidence that the fourth line –specifically running four lines of skill– has been a strength for the Rangers ever since Alain Vigneault decided it was time to move on from Glass. For all of his strengths in the locker room and sticking up for teammates, Glass was a detriment on the ice, dragging his linemates with him. Look no further than Dominic Moore’s resurgence in Boston as proof.

Here’s the dirty secret: There is no such thing as a deterrent on the ice. Glass’ presence in the lineup does not scare goons from making dirty hits. It’s the biggest myth in hockey. The game has evolved to such a point where players need to be able to actually play the game, along with sticking up for teammates. Funny enough, the Rangers traded away their one player that could do both.

If the Rangers feel they need to add an element of toughness to the lineup, then by all means go for it. But ensure the guy can contribute more to the lineup than just fighting. There’s more to hockey than retaliation and fighting.