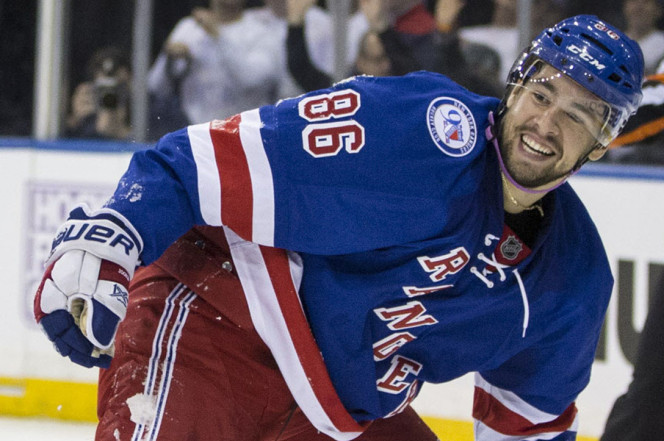 The Arizona Coyotes have claimed forward Josh Jooris off waivers. I find this to be odd only because I had no idea the Rangers placed Jooris on waivers. Jooris was signed in the offseason to a one-year deal, and was brought in to bring defensive stability to the penalty killing unit and the fourth line. Jooris struggled a little bit in the role, as he was a healthy scratch when the Rangers were fully healthy.

In 12 games with the Rangers, Jooris put up a line of 1-1-2, which is perfectly acceptable for his role. It seems that Nicklas Jensen and Marek Hrivik have passed him on the depth chart. It wouldn’t surprise me to see one or both stick with the club for a little while as the Rangers heal up.

I don’t think this is a matter of Jooris failing in New York. It’s a matter of younger guys with more skill surpassing him in the depth chart. Losing Jooris may hurt if the Rangers continue to get hurt, but it’s nothing big to worry about.