The Rangers were not at their finest last night, struggling to keep up with a Buffalo Sabres team that had the entire team –including Henrik Lundqvist– chasing the puck. Lundqvist had the eye-opener first goal, which seemed to affect his confidence as he was consistently out of position for the rest of the game. It wasn’t just Hank, as the Rangers were running around their own zone most of this game.

Just when you thought the Rangers might win this game, the Sabres’ continued dominance eventually broke through in the third. Down one, and with Hank having a strong period to that point, Jack Eichel put up a pair of goals (both of questionable strength) to give the Sabres the lead. In all fairness, Hank –who had a weak game– had been preserving the lead almost singlehandedly until that point.

That was an odd bounce. Clearly Dan Girardi’s fault.

Chris Kreider provided an excellent screen for Ryan McDonagh’s first goal of the year. Without even looking behind him, he knows to get that elbow up in his lane and then move his body. Anders Nilsson had no chance.

This was a little sloppy by the Rangers. There was a lot of running around, playing the puck instead of their coverages. Buffalo got a lucky bounce which put the puck behind the net with Hank out of position. Nick Holden didn’t tie up Brian Gionta, who took the Marcus Foligno feed to tie it. Also, Matt Puempel blocked the first shot and switched with Holden, so it looks like there was miscommunication there.

Marc Staal’s initial shot went to the corner, where Chris Kreider outmuscled Rasmus Ristolainen on the boards to chip the puck to Jesper Fast. Staal cut to open ice in the slot, where Fast hit him for the goal.

Hank was having a great third period until this goal. It was a bad angle shot by Jack Eichel that he honestly should have stopped. Dan Girardi’s snow angel didn’t help either, but he was covering for Ryan McDonagh, who stepped up at the blue line and missed. Eichel had already burned Fast in the neutral zone and had a step, while Michael Grabner was slow to react to cover Eichel. There was a lot wrong with this goal.

This started with Evander Kane blowing by Girardi to get a loose puck in the zone for a chance. With the Rangers scrambling, the puck wound up on Eichel’s stick with Lundqvist way out of position and on his side. Eichel’s pass to Kane went off Mats Zuccarello’s skate. 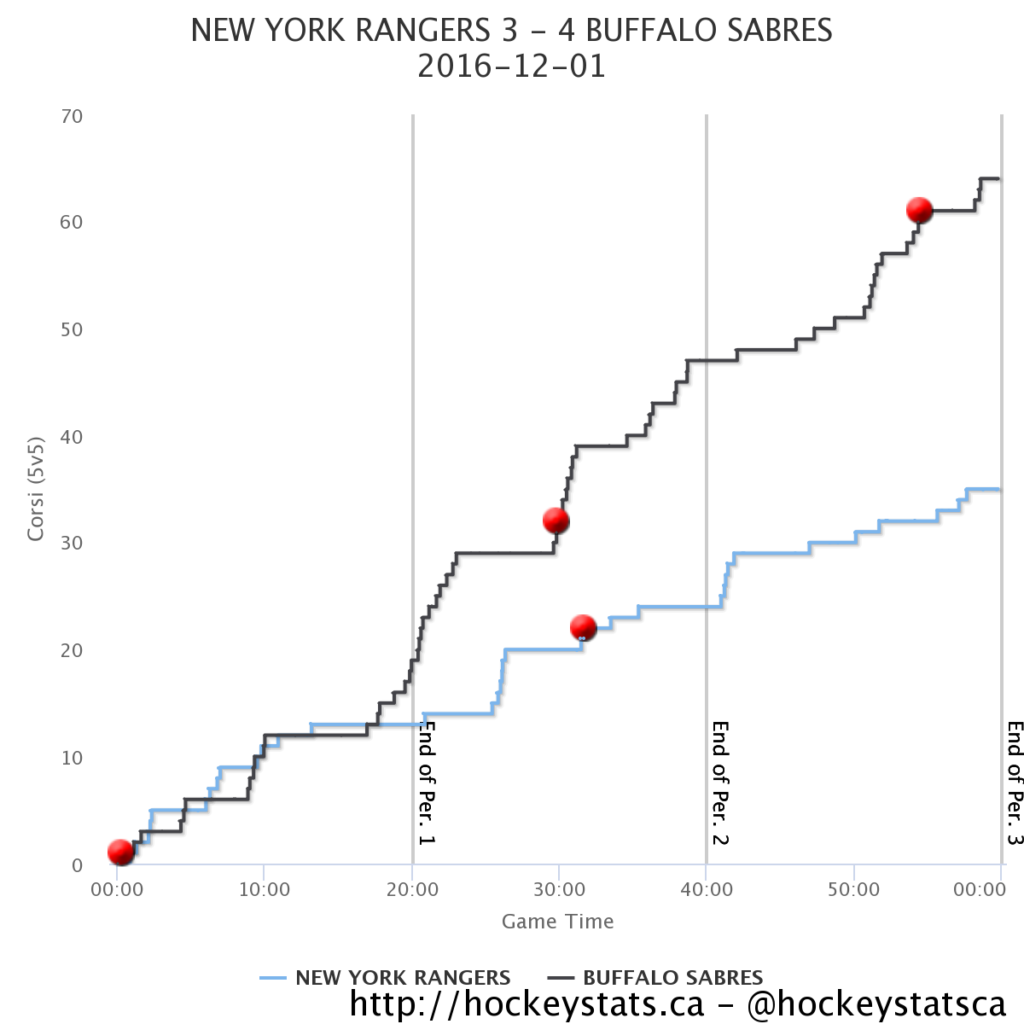 This is just ugly. After the first, the Rangers looked like their controllers unplugged. 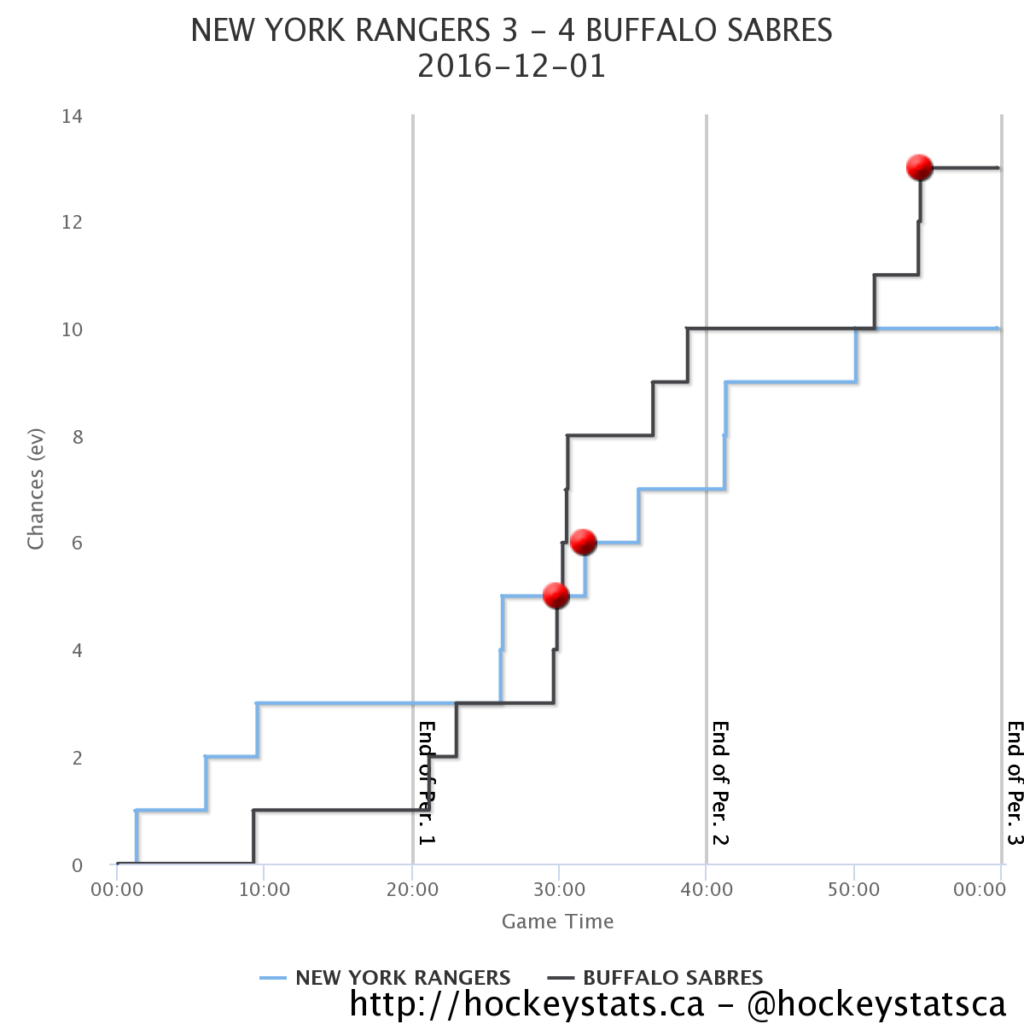 But hey, at least they stayed competitive with scoring chances. Right? RIGHT?

This just wasn’t a good game by anyone. The Rangers haven’t played solid hockey for a full game in at least two weeks, probably closer to three at this point. It’s beginning to look a lot like last year for the Rangers. Even with the significantly improved forwards, without better defensive play, this team is going nowhere.