The Rangers have had a poor stretch of games lately, and while they haven’t lost all of them, the continued poor play is a cause for concern. It seems to have come to a head last night, as the Rangers played poorly and were blanked by a tired Ottawa Senators team. The defense certainly failed with a bunch of miscues, but the offense couldn’t get anything going until the third period either.

Craig Anderson had one of the easier shutouts he’s ever had, as the Rangers failed to sustain any consistent pressure throughout. Couple that with the aforementioned defensive miscues, and the Rangers were doomed to a mediocre game. It wasn’t until the second half of the third, when Ottawa started to shell, that the chances started flowing. Too little, too late.

This was a total fail by both Kevin Klein and Brady Skjei. First, Skjei chased the puck behind the net and all around. Then Klein went after Tom Pyatt, despite Skjei chasing, which left Jean-Gabriel Pageau wide open in front. Skjei shouldn’t have chased, Klein shouldn’t have deserted. Not a good look for the defense.

The clearing attempt by Nick Holden hit the ref, where Mike Hoffman picked up the loose puck. Klein and Josh Jooris went to Hoffman, while Holden parked himself in front. Problem is that no one picked up Mark Stone. It was unfortunate that the puck hit the ref, but that was bad defense once the play went on. Also, Suit noted on Twitter that Jooris’ stick was pointed at the blue line, not the goal line. That left the passing lane open. 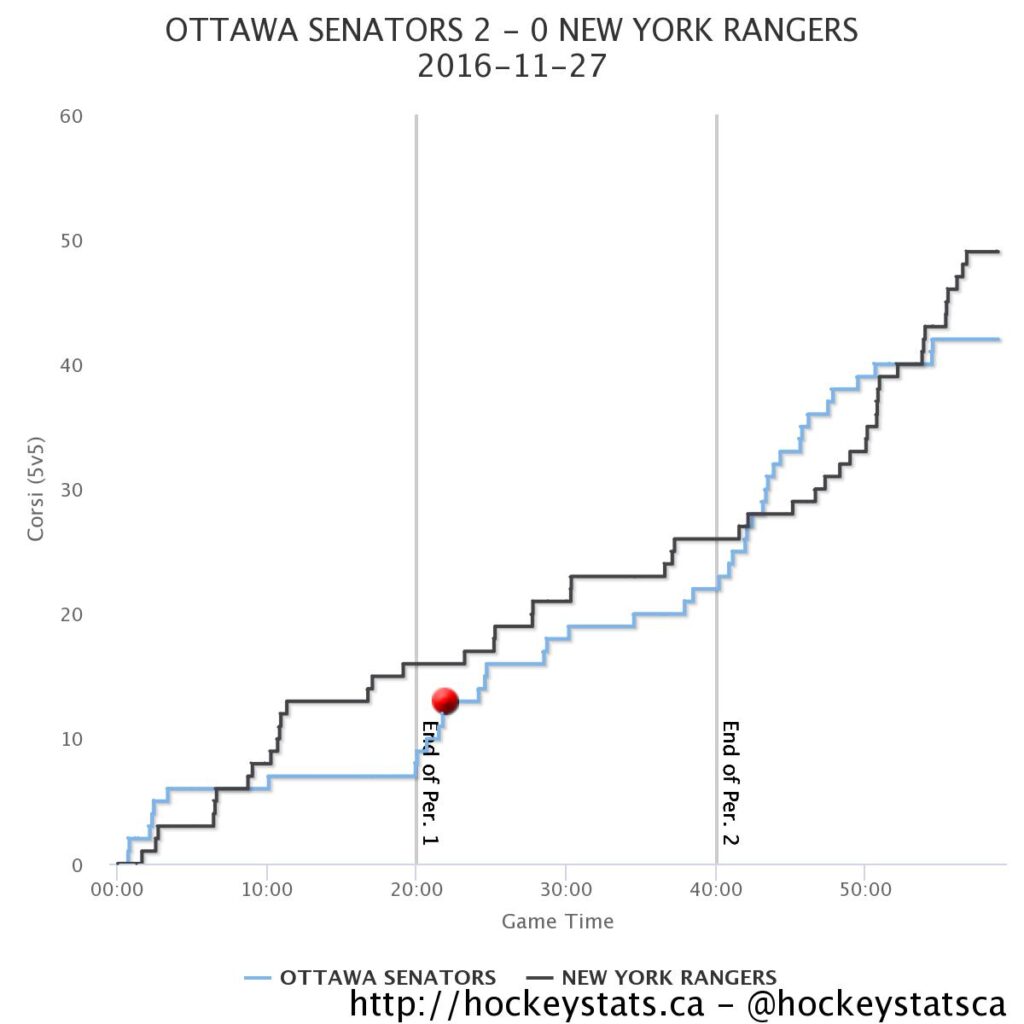 The Rangers had a decent amount of chances throughout, but most of them came from the outside. It wasn’t until the latter half of the third when there was a spike in both quantity and quality. That neutral zone trap by the Sens was giving the Rangers fits all night. 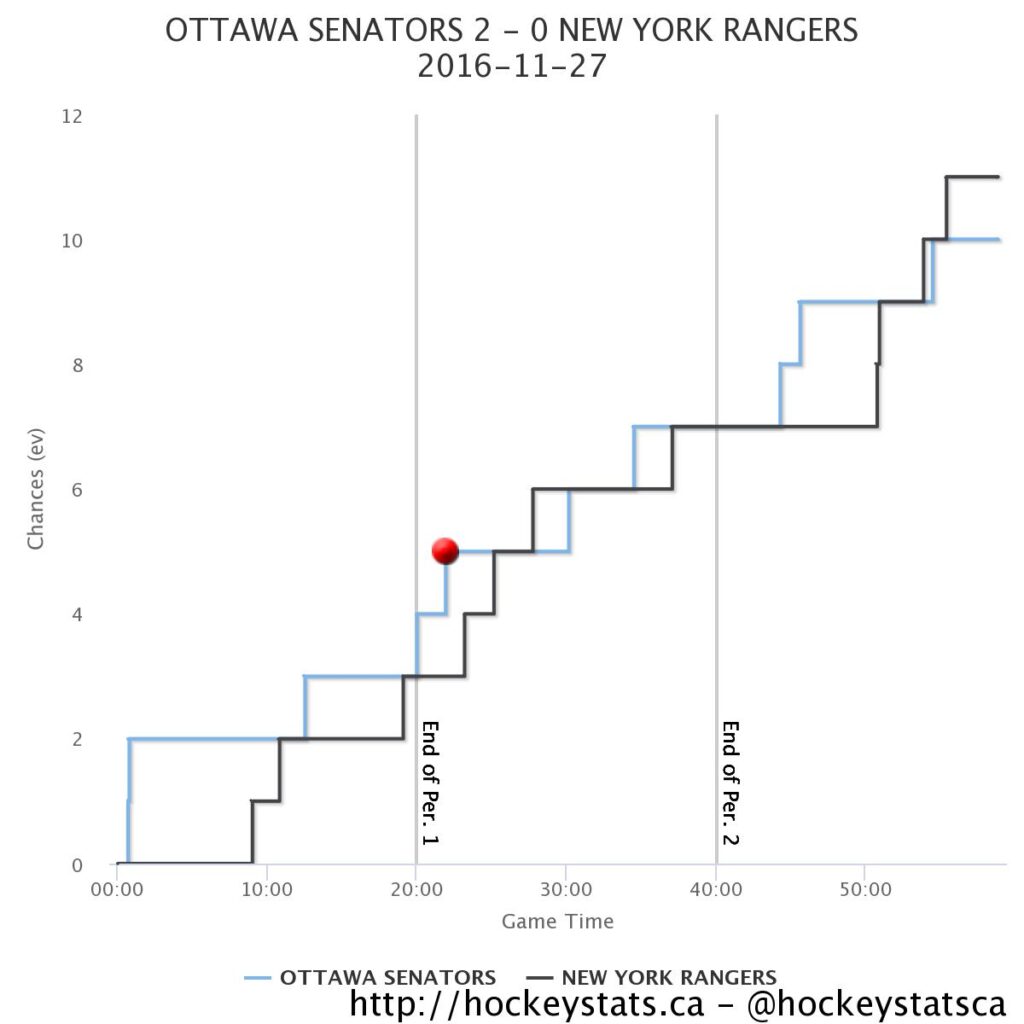 This was a boring game. Neither team had hit double digits in scoring chances until the third period. The Rangers doubled their scoring chances in the last ten minutes of the game when Ottawa shelled, but to no avail.

The Rangers may not be losing games left and right, but they are not playing well at all. It’s been a while since we’ve seen them truly dominate an opponent, and they’ve faced some bad opponents lately. The injuries hurt, but the defense is really crushing the ability to generate speed through the neutral zone with the inability to make the short passes needed to breakout. This may be a bumpy ride for a while.