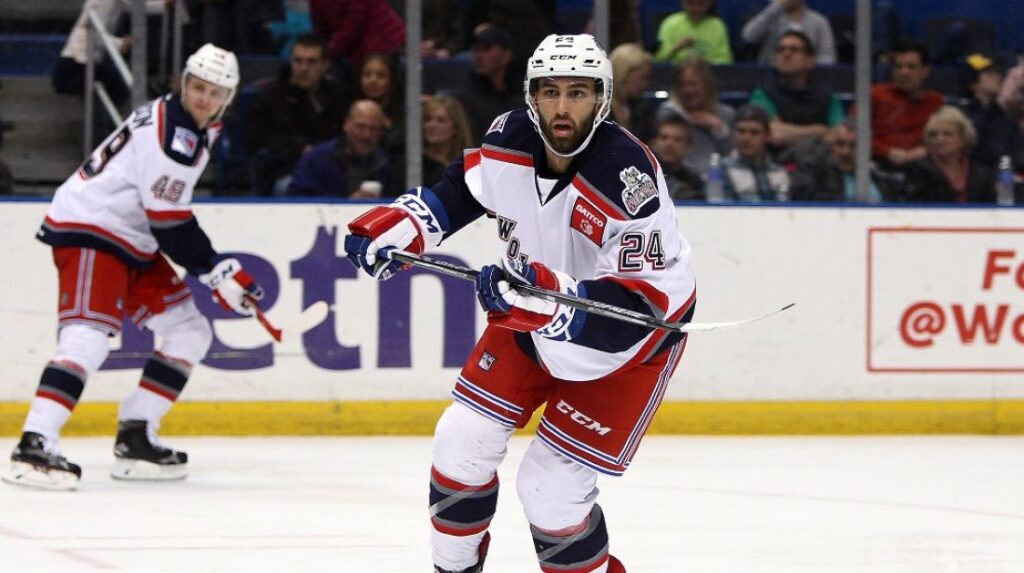 The Rangers have recalled forward Boo Nieves from the Hartford Wolf Pack. It is expected that the 2012 second round pick will play tomorrow night in Vancouver in place of the injured Chris Kreider and Pavel Buchnevich. Oscar Lindberg will also play.

After an impressive preseason, Nieves was sent to Hartford where he has a line of 1-5-6 in 13 games. That doesn’t sound like much, but it’s third on the team in scoring. The Wolf Pack are kind of bad right now, so it was a choice by the club to take either the highest scorer (Marek Hrivik), or the kid who might have a future with the Rangers. They chose the latter.

I’d expect Nieves to play in a top-nine role in Vancouver.