This is the second time in four games where the Rangers have played a strong game, but got PDO’d into a loss. Howard was magnificent, and it was one bad goal that led to the loss last night. Such is life sometimes. It’s game four of 82, so there’s not much cause for concern. The process is there, and it will even out as time goes on. That is, as long as they continue to play this way.

The speed of the Rangers struck again. Chris Kreider gained the zone, took it around the net, and quickly got the puck to Ryan McDonagh at the point. McDonagh’s shot was tipped by Mika Zibanejad in front, who had position on Jonathan Ericsson.

The Wings scored on the powerplay with some good puck movement. They got the puck across from point to point, where Frans Nielsen had all day because the Rangers had to shift coverage. Thomas Vanek was in front, but the key was Henrik Zetterberg cutting to the net. McDonagh saw this, thus couldn’t commit to Thomas Vanek in front to tie him up. Doing so would have left Zetterberg wide open. Nick Holden was also caught drifting to the puck, which left him in a bad spot to help out McDonagh on Vanek or cover the man down low.

Henrik Lundqvist tried to handle the puck and get it behind him to Holden. It didn’t work, and Luke Glendening forced the turnover. Drew Miller read the play and beat McDonagh to the slot. Empty net.

Hank handled the puck. Fail. Glendening poked it to Miller, who beat McDonagh to the slot after the turnover. 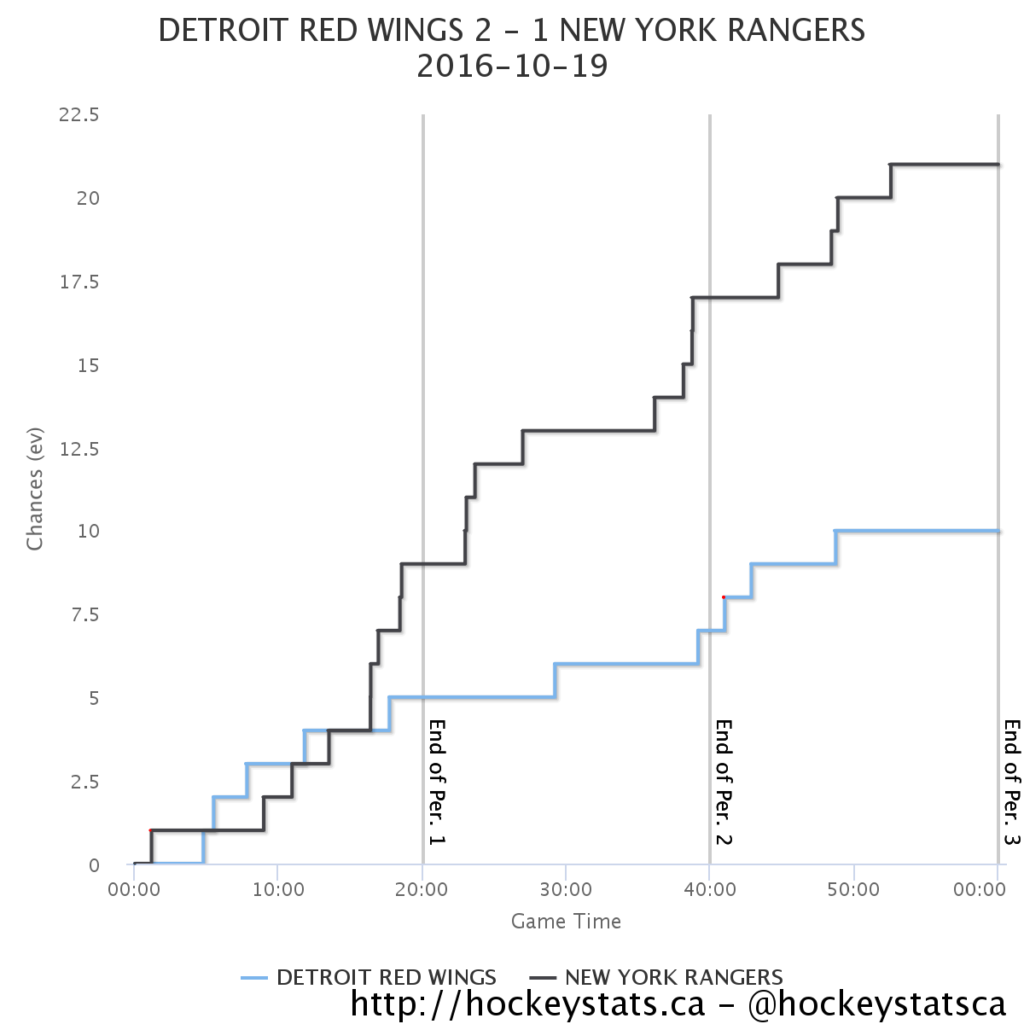 The Rangers dominated this game in all facets. This is scoring chances at even strength. What a showing. Howard really stole this. 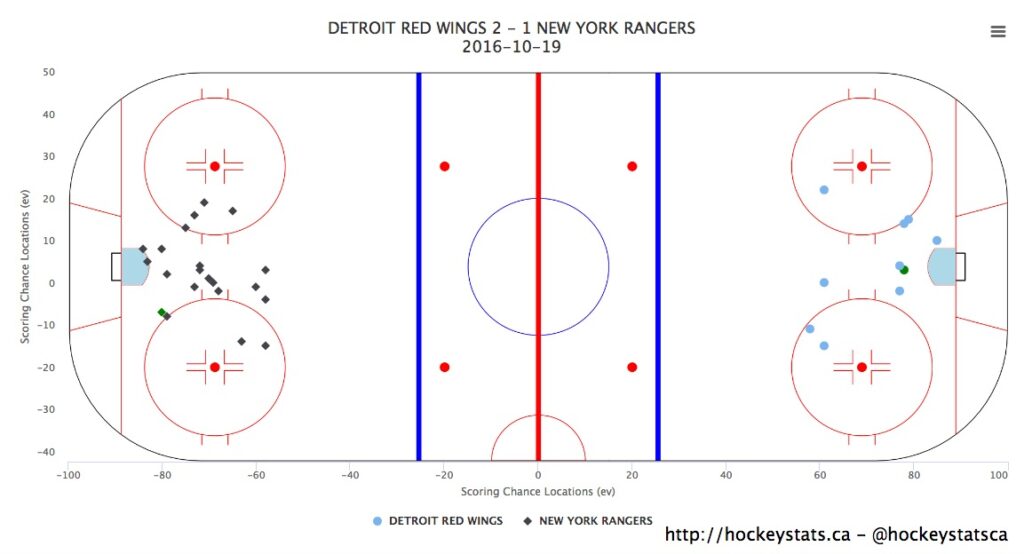 Following the theme above, I know that the result stinks but the process is what’s important. If they play like this, they will win a lot of games.

The Rangers are off until Saturday, by which point we should see Girardi and Pavel Buchnevich return to the lineup. This team sure is fun to watch, even if they are porous defensively. That offense though. Wow.