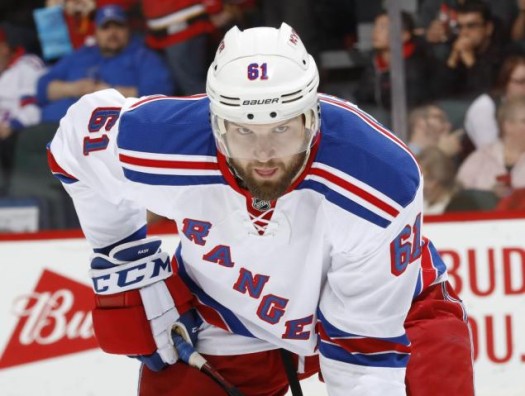 The Rangers spent the entire offseason retooling the forwards with an emphasis on speed, skill, puck possession, and penalty killing ability. The penalty kill will also get a boost with a healthy Rick Nash back in the lineup. However retooling the PK forwards isn’t enough to solve the problem.

The concern with the Rangers was two-fold:

As puck drop inches closer and closer, something needs to give on the Rangers for the kill to improve. The quick thing that folks will point to is that the personnel needs to change. Part of that will happen, as the forwards will certainly change. However the defense will remain the same. The same defense that hemorrhaged shots last year.

The change needs to come from the system. The Rangers play a diamond-force PK, which is an aggressive style that requires quick skating, faster decision making, and quick hands with the puck. This cuts down the Royal Road passes that the Rangers gave up regularly last season. The problem is that of their primary penalty killing defensemen, only two are considered decent-good skaters, and one is a train wreck.

Simply put, the system needs to adjust to the personnel on the team. Coaches that stubbornly insist on their own system, no matter the personnel, don’t last long. Especially when it’s a complicated system where every split-second counts. Coaches with longevity generally rely on a box/diamond hybrid for its simplicity. This hybrid also takes the burden off skating ability and puts more on positioning.

With AV in his fourth year at the helm, it’s time to show he can adjust to the revolving door that is an NHL roster. The roster was built with him in mind, and deals were made –or not made– to ensure he had his guys. They are his guys and this is his team, now it’s time for him to adjust.