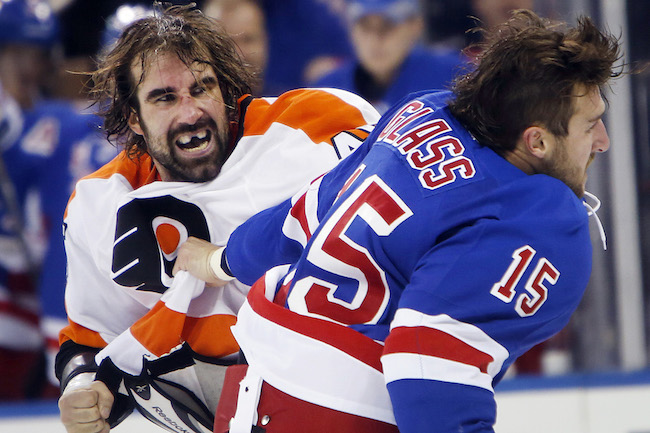 The end of the preseason is upon us, and for the first time in a while, the Rangers still have significant questions regarding training camp battles. Every player fighting for a battle –that the coaches need to evaluate further. They know what Tanner Glass brings– is in the lineup tonight.

Boo Nieves is in the lineup tonight, which is a bit of a surprise. It’s been assumed that he was hurt in camp, which is why he has stuck around so long. Logic suggests AV wants a look at the kid in a game, which is why he’s out there tonight.

If you need a recap of what type of hockey Alain Vigneault has the Rangers playing, catch up here.

Nothing has been announced at the moment.

Game time is 7pm. Be sure to follow us on Snapchat: blueseatblogs.