The most disappointing Team USA 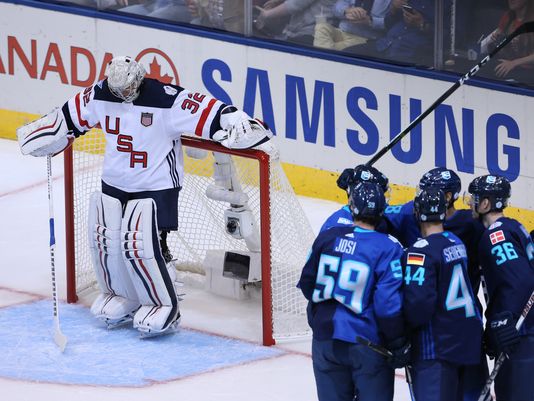 There was so much promise when the World Cup of Hockey was announced. The first time in 12 years, and we’d get to see Team USA again, hopefully with a better ending than the 2010 Olympics. But then the little things started creeping up on Team USA.

First it was the announcement that no players under 23 would be on Team USA. No, they’d be on Team North America. A great idea, but one that cost Team USA players like Seth Jones, Shayne Gostisbehere, and Jacob Trouba on defense. Jack Eichel and Johnny Gaudreau were lost at forward as well. You can make the argument that some weren’t going to make Team USA regardless, but a more new-age thinking shows it could have been different.

Then came the news that John Tortorella would be the coach. Old school at heart, Torts would certainly be taking the grit approach to the team, instead of skill. Dean Lombardi as GM of the team followed suit in that old school mentality. The roster was then released, and boy did we have questions.

Yes to Brandon Dubinsky, Justin Abdelkader, Jack Johnson, David Backes, Ryan Callahan (and then Kyle Palmieri), and Ryan Kesler. Surprising omissions of Phil Kessel, Tyler Johnson, Justin Faulk, Kevin Shattenkirk, Paul Stastny, Nick Leddy, Bobby Ryan, or Kyle Okposo. An emphasis on grit and toughness, not skill. Not the skill that is so critical in the new shift of the game.

In the end eight significantly more skilled players were left off the roster, with another five headed for Team North America. The two decisions compounded on each other, and Team USA was left with an aging team with minimal scoring depth and living on hopes and dreams of playing like the 1980 squad.

But then came the roster decisions. Arguably the worst goalie selected, Jonathan Quick got the start over Cory Schneider, arguably a top-three goalie in the NHL. Dustin Byfuglien was scratched for some inexplicable reason. The bottom-six on the team was left scratching heads:

That fourth line really instills fear in the opposition, doesn’t it?

Lombardi and Tortorella built the team in their image, which is unfortunately outdated mentality on how the game is played today. No speed. No skill. Just “heart and toughness.” Don’t get me wrong, you need guys that are tough and play with heart, but you need guys that can actually play and keep up with the competition as well.

Instead of a quality Team USA, one that would be fun to watch, we were left with half a team. Hopefully next time, the powers that be recognize the changing landscape in the game of hockey. Team USA stunk, and it started from the top.