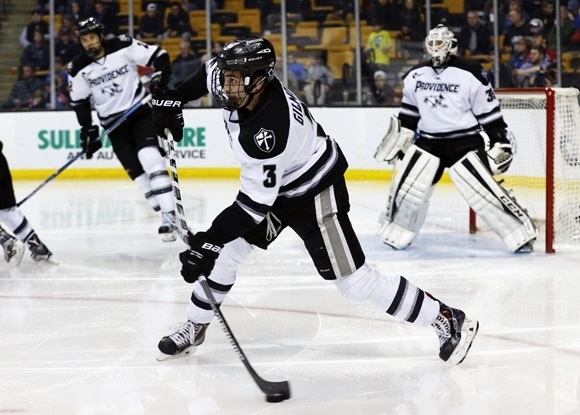 Per Mark Divver, the Rangers have agreed to terms with NCAA free agent defenseman John Gilmour. Josh wrote about Gilmour, who is a left-handed defenseman our of Providence College. The former 7th round pick for Calgary is a strong skater who makes good decisions with the puck. He’s the type of “new-age” defenseman teams want, in that he can quickly transition to offense with a strong first pass out of the zone.

Gilmour put up career highs in his senior season, with a line of 9-14-23. The 5’11, 185 lb defenseman signed a two-year ELC, and will likely spend the first year at Hartford, where he will complement Ryan Graves on the left side.