The Tides of Change 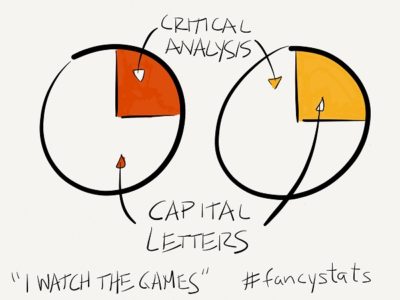 The concept of change is not a complicated one. One thing becomes another. Yet, out in the real world, change embodies complication. It can be lengthy, violent, compromised, terrifying and exciting. It tends to affect most things, some more than others. Some is met with little resistance, some with the greatest force you could ever imagine. The way it effects you will be determined by your investment, your willingness to adapt, and what you stand to lose. It effects economics, politics, art, religion and yes, sports. At this juncture, our beloved sport of hockey is at such a crossroads of change.

It was brought to light yesterday that Matt Pfeffer, an analytics consultant for the Montreal Canadiens was let go from the organization for his impassioned plea for the club to reconsider trading PK Subban. Now, in a vacuum, while it raises operational questions, it is not a big deal. Any employee who does not see eye to eye with their employer can be let go. However, this situation is emblematic of hockey’s growing civil war between the current powers that be and the emerging sub-culture of analysis-driven management.

This type of division is not a new concept to baseball fans. For those who have seen or read Moneyball, baseball has been evolving for over a decade now. The power to cultivate and manage talent fell to “baseball people” who spent their time on and at the field, who had developed a keen eye for talent that would translate to the big leagues. These traditional models were challenged when Ivy League PhD’s were brought in to do statistical analysis of player performance. The process unearthed inefficiencies and helped understand the value that certain skills were bringing to the field.

Hockey’s traditional power structure is similar, although different than that of baseball. Hockey, overall, consists of an incredibly open, welcoming environment for players and parents, creating an almost instant family when you become involved in the sport. However, the powers that be hold that control and influence very close to the chest with a closed, borderline elitist upper crust, who hide behind vague and misbegotten notions of what makes “hockey people” more knowledgeable about the game and its management.

This exists because these people are scared and insecure. If they don’t allow access to their inner-workings, no one smarter than they are can come in and tell them they are doing it wrong. In the wake of the hiring of John Chayka, the 26 year-old GM wunderkind of the Coyotes and the firing of Pfeffer, the old-guard has come out as especially defensive and intolerant.

Corey Hirsch, he of my previous ire and ridiculous equipment videos, has come out very strongly against the gall that Pfeffer had to speak up to his employers. The audacity of one of these analytics people to actually open their mouth in a management discussion about a player should make you sick as a true “hockey person”.

He should give the information, then get out of the way. Teams pay for stats not opinions. https://t.co/CsHEWpTBjP

Anddd I like analytics, but telling a team who to move and who to keep is where I draw the line https://t.co/YQNjIAQVF7

On Wednesday, a scout and player development director for the Kingston Frontenacs tweeted this:

If this isn’t someone who feels that his job is threatened, I don’t know who is. It is cleverly disguised as a plea to parents not to sweat independent website rankings of prospects, but what is really is, is telling the world not to trust anyone but “credible hockey people” like himself, when determining who is knowledgeable about the sport. That’s not to say that Mr. Moyer here is not intelligent. This is simply to say that he represents a mentality that is slowly but surely being chipped away in the hockey world. He has a family to support and it would be devastating for him to lose his job to a kid from Harvard with an Econ/Statistics PhD.

What it means is that his opinion is literally dripping with bias. When you, as an industry are that resistant to letting smart people participate in the discussion, you are hiding something. Ignorance, bias, self-interest or flat out stupidity are the common culprits. I know several people who have level 5 USA Hockey coaching certificates that I wouldn’t trust to watch my fish. It was a matter of paying for the symposium and sitting through all their classes. It has nothing to do with knowledge and certainly doesn’t test your ability to accurately observe or analyze what is happening on the ice.

Whether you believe in the merit of advanced statistics or not isn’t really the point of this discussion. The point is that, not only is the game changing on the ice, the game is changing from an analysis, managerial and administrative perspective, as well. This also isn’t to say that people who currently find themselves in positions of power don’t know what they are doing. This is to say that professionals from different, and highly educated walks of life are beginning to take an interest in the game and its analysis, and I find it exceptionally alarming that the “establishment” does not want to hear what they have to say.

Which brings me back to the concept of change. For those of you who have watched this game for 40, 50, 60 years, you have seen this game evolve greatly over time. Being in my 30’s, I don’t know how jarring the transformation has been for you. For me, having begun watching hockey in the late 80’s, the transformation has been plenty jarring for me. The point, though, is accepting that change and understanding that nothing stays the way it was. Everything moves forward. Fighting that in the face of everything we know to be true and in the face of true momentum and progress just paints you as a willfully ignorant participant in holding meaningful advancement back.

You may not like the direction that the game is moving, and that’s fine. But, understand that it is moving. Those who stand to be marginalized by this momentum have every right to fight it, but it doesn’t make it the right thing to do. We all love this game and try to improve our understanding and our experiences. I fear that hockey’s civil war is just getting started, and I hope that those in charge will evolve, themselves, rather than create bitter division within the sport. As we have already seen with baseball, eventually the desire of ownership to win will ultimately be the deciding factor, and my money is on in-depth analysis being a more consistent recipe than the eye test of a “credible hockey person”.