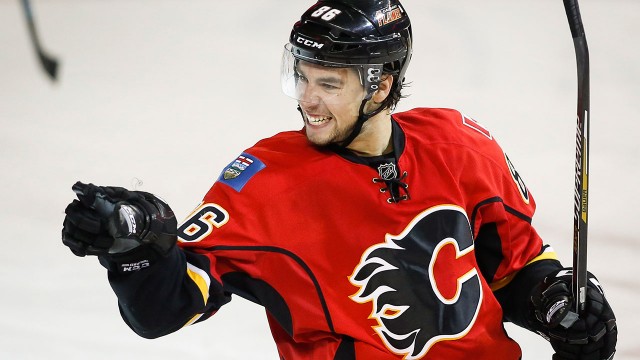 The Rangers have signed UFA forward Josh Jooris (terms undisclosed), who was with the Calgary Flames the past two years. Over 119 games with Calgary, Jooris put up 16-21-37 as a bottom-six forward. The 26-year-old, right-handed forward will likely serve as a depth forward. It’s worth noting that Jooris hasn’t spent significant time in the AHL over the past two seasons.

Jooris is a curious signing, as the Rangers appear to be loading up on bottom-six guys. With Nathan Gerbe, Michael Grabner, and now Jooris in the mix, it appears the Rangers are preparing for life without Oscar Lindberg in the short term, and perhaps looking for cheaper solutions to the fourth line and Tanner Glass’ relative ineffectiveness.

It’ll be interesting to see where Jooris slots in. It doesn’t look like he’s AHL bound. Perhaps he’s the 13F. But with Gerbe, Jooris, Grabner, and Glass in the mix, it doesn’t look like Nicklas Jensen or Marek Hrivik will get serious looks this Fall. Jooris is highly regarded by stats folks as one of the best defensive forwards in the game. This sounds like a solid signing.