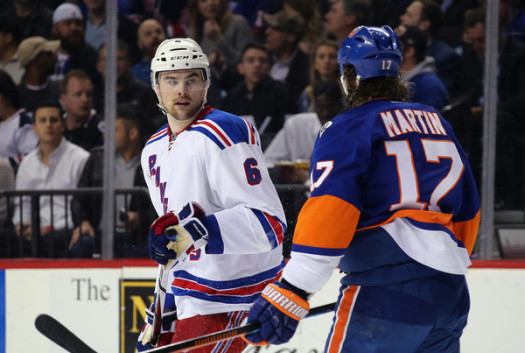 From enemies to frenemies?

The Rangers seem to be one of a few teams inquiring about free agent winger Matt Martin, per Arthur Staple. Martin is set to walk away from the Islanders, as they have given way too much money to Casey Cizikas to keep one of their other fourth liners in the fold.

As for Martin, the price tag is uncertain at the moment, but assuming it’s a decent price –under $1.2 million for the cap-strapped Rangers– then he’d be a viable replacement for Tanner Glass. 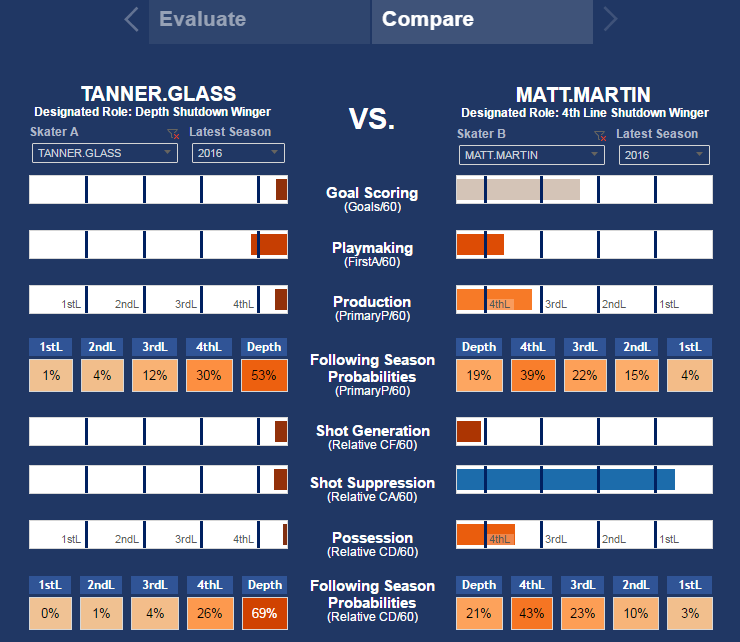 But again, this is contract dependent. The Rangers can’t have themselves locked into Martin at $2 million for the next four years. He’s a fourth line player. As a replacement for Glass on the right deal, then by all means, he’s an upgrade.

That said, there are significantly better options available. Both internally (Marek Hrivik) and externally (Michael Latta, Brandon Pirri). This is a pretty hard pass for me. I’d actually rather have Glass and his one more year than Martin and a long term deal.