Do the Rangers need to explore buying out Dan Girardi or Marc Staal? 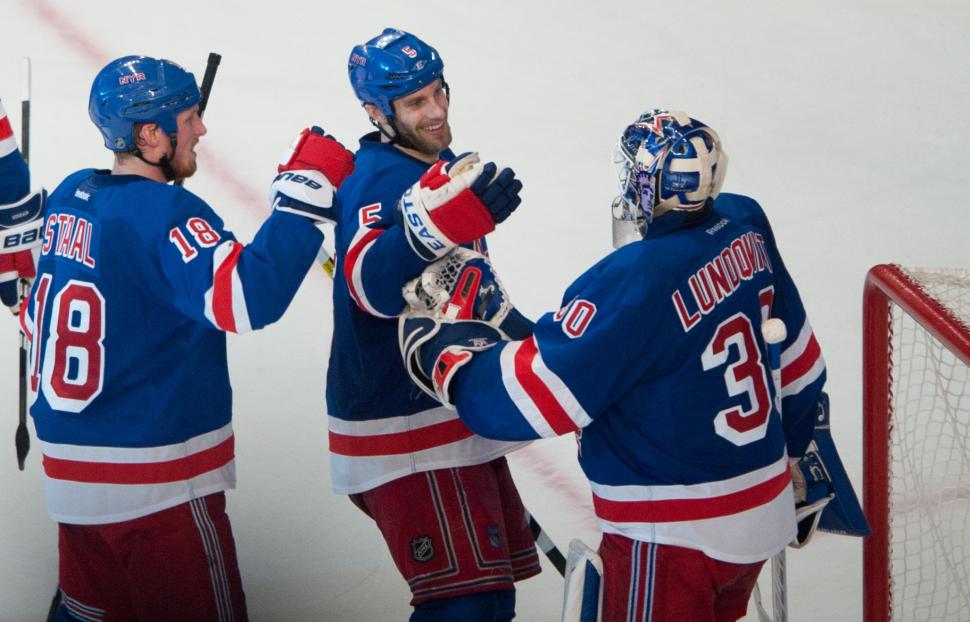 The biggest topic of this offseason will be how the Rangers address their precarious cap situation. With minimal cap space and several key free agents to sign, the Rangers are in a tough spot. The club has some rookies ready to take the next step, but it isn’t enough to fill out a lineup. Nor is it enough to contend for a Stanley Cup.

The elephant in the room of the cap strapped Rangers is the $11.2 million in cap space committed to Dan Girardi and Marc Staal. It doesn’t take a great hockey mind to see that both were pretty terrible this year. We know it. The team knows it. The players know it. It’s just a simple fact. The big question is whether or not the team thinks this is a one-year blip on the radar or a sign of things to come.

While the team needs to make that decision, we can analyze what we already have, which is their performance over the last three seasons. It’s not pretty. 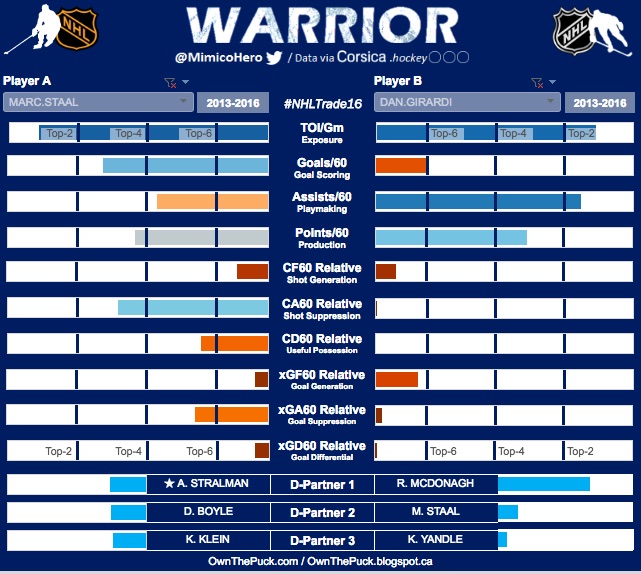 Staal and Girardi get top pairing minutes, but produce like bottom pairing defensemen, if that. Staal’s defensive numbers –limiting shots against while on the ice– are significantly better than Girardi’s, while Girardi produces more offensively. But they are both guilty of being carried by far superior defensemen in Anton Stalman and Ryan McDonagh.

The moral of the story is simple: The Rangers are paying two guys $11.2 million and playing them like top-pair defensemen in exchange for less than replacement level production. It’s not the way a team competes. What’s worse is that as the “analytics revolution” continues in hockey, landing spots in potential trades –yes, we all know about their no move clauses, which can be waived and have been waived in the past– keep dwindling.

If a trade can’t be found, the only other way to relieve themselves of the cap hit, and find potentially better players, is to buy one or both of them out. While not a popular route to take, it’s one that might need to be explored. Capfriendly has a buyout calculator, and here’s how a Girardi buyout looks.

The immediate savings are pretty big, almost $4 million in cap space. It gets smaller for the next three seasons, then the Rangers are left with a $1.25 million cap hit for four seasons once the contract expires. Not an ideal scenario.

As for Staal, his buyout is a bit quirky.

The Rangers certainly save money up front, but actually wind up with a larger cap hit in the 2020-2021 season before the zero dollar years hit. But in the short term, Staal’s savings are actually higher than Girardi’s.

This isn’t to say that the Rangers should buy out one or both of their troubled defenders. After all, buying out both without any guarantees that Keith Yandle returns means for some significant turnover on the blue line. But when the production and the cost are this far apart, something needs to be done, as painful as it sounds.

This is likely a last resort for a Rangers team that will look at all other options before pulling the plug on the two career Rangers. It hurts to think that two guys who have given it all for the team could be in this predicament, but the team comes before the players. It seems to be a hotly contested item, paying two life long Rangers to not play for them.

But if it makes the team better. Don’t you at least need to explore it?