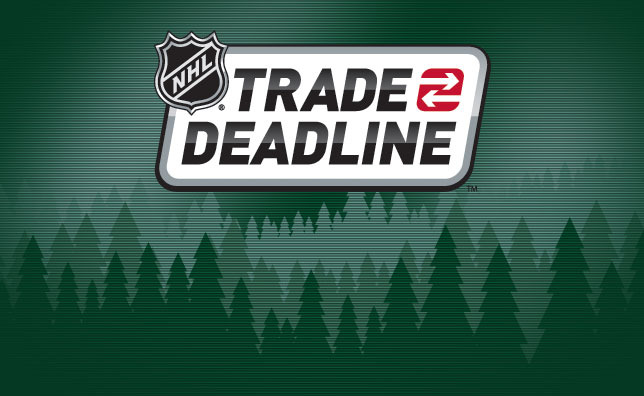 The trade deadline is right around the corner, and the rumors are flying left and right. Speculation is also rampant. So as we head to the deadline, which is this coming Monday, I have some helpful hints to help you through this stressful time.

1. First and foremost, know the difference between speculation and rumor. A rumor is something concrete, stating that there have been talks, pieces discussed, and a deal could be in the works. Usually these rumors come from two people: Bob McKenzie or Elliotte Friedman. Speculation is different from a rumor. Speculation is saying that the Rangers could deal for Eric Staal because Rick Nash is out. “Could” is the key word there. That’s someone throwing something at a wall. It could make logical sense, it could not. But try and identify the difference, it’ll save you some sanity.

3. Remember that the cap matters. The Rangers won’t be sending Oscar Lindberg to Carolina for Eric Staal, straight up. The cap won’t work, unless other roster moves are made (Note that in this particular case, the Rangers could LTIR Nash, but he’d need to be on LTIR for the remainder of the regular season.). Teams can retain salary, up to 50%, but even then, you should use sites like CapFriendly and GeneralFanager to go over the cap space available. Another note about salary retention: That drives up the return.

4. Before reacting to a rumor –most rumors at this time are just speculation, as an FYI– be sure to take a step back and think if it actually makes sense for both teams. I’m not going to link to it because I don’t want to give it hits, but there was a “rumor” about the Rangers trading basically half their prospects for Patrick Marleau. It made no sense, since the Rangers didn’t even give up that much for Keith Yandle, and it didn’t fit under the cap. Context and using your brain are key here.

5. Always consider team needs. The Rangers specifically need another forward, either a top-six or a fourth line penalty killer. They will go for whatever is cheaper. Homerun deals may happen, but it’s more likely that major contracts will be moved at the draft. This means you, Marc Staal trade scenario guy.

6. Seriously, watch out for fake accounts.

7. The hottest commodities now are young, cost controlled NHLers. For the Rangers (and every other team), this means anyone on their ELCs or second contracts. You have to give to get in this league. The Rangers don’t have many cost controlled players or draft picks. Keep that in mind when someone with a big price tag gets rumored to go to the Rangers.

8. Sometimes, no moves are the best moves. The trade you don’t make, like that whole trading for Brad Richards in 2011 thing, are the best trades.

Hopefully this will help some of you stay sane over the next five days or so. If not, well, sorry, and good luck.