Scouting the market for roster upgrades 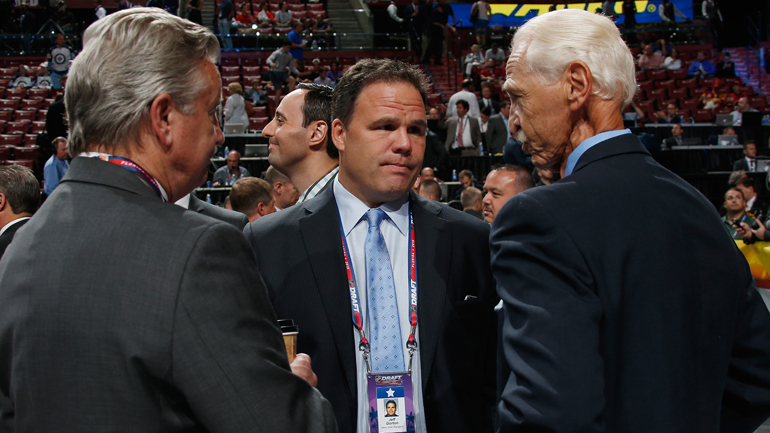 With the All-Star break in full swing, GMs from around the NHL will go on overdrive trying to find that missing piece. The goal is always the same this time of year. Improve now, improve for the future or for some teams, do a combination of both.

The Rangers needs are well documented at this point. To quickly recap, they could use another defensemen, a top 9 winger and perhaps some of their draft picks back. After all, they haven’t had a 1st rounder since 2012 and won’t have one till 2017, which is insane.

Anyway, with those goals in mind, below are some targets I would consider as the trade deadline approaches. As always, I’m happy to debate these ideas (civilly) in the comments. 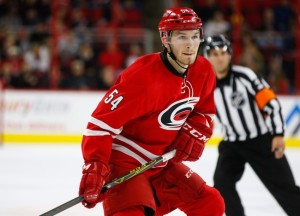 Show of hands, how many of you have heard of this guy? Unless you follow local youth hockey, you probably haven’t.

For those of you not familiar, he grew up in Westchester and played for the NJ Hitmen as a teenager (Eastern Junior Hockey League), followed by three years at the University of New Hampshire before being drafted by the Canes in the 3rd round of the 2013 draft.

Pesce is big blue liner (listed at 6’3 2oo lbs) who has 4 goals and 12 points (7g and 21pt pace) this season. What makes him an interesting target is he’s a righty, he’s mobile for a big guy, and most importantly, he’s a plus player in the scoring chance department. The offense is obviously a bonus.

Acquiring a solid 21 year old, who is cost controlled will not be easy, especially considering where Carolina is in their life stage. However, what makes this move less of a hail marry is their depth on defense.

Right now Pesce plays on the third pairing, with James Wisniewski and Justin Faulk ahead of him and Haydn Fleury and Ryan Murphy right behind him. The latter two are recent 1st round picks knocking on the door.

It’d be hard to acquire Pesce without offering up an NHL caliber player in return. With Eric Staal likely getting moved, plus limited depth at center on their roster and in their system, perhaps Hayes or Lindberg could be interesting pieces for them.

If they’re looking for defense, I think McIlrath would fit better in Carolina’s zone schemes than he has with AV’s version of man-coverage. However, that’s probably not enough of an upgrade for either team to pull the trigger. 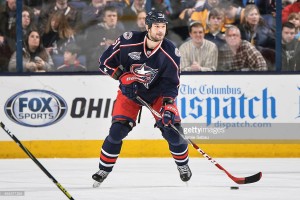 Pavel Buchnevich is doing things in Russia at age 20 that only other superstars have done offensively at that age (e.g., Tarasenko,  Kuznetsov). Quite simply, he’s the biggest wild card this organization has had in years.

Buchnevich’s contract ends after their season (April at the latest). He said he has no desire to play in the AHL, which should surprise no one given the fact that the KHL offers much more than the AHL in terms of lifestyle and money.

All of this leads us to Tyutin.

The thought process of many GMs who have Russian prospects in their pipeline is to surround them with Russian veterans. Between the language barrier, the culture barrier, and the different styles of hockey, transitioning from Russia to the US is difficult.

Tyutin can be what Gonchar was for Malkin, Anisimov is for Panarin, and many players have been for Ovie – a mentor. Add in the fact that Alain Vigneault has never coached a high profile Russian hockey player, and you’re likely looking at a tough integration process for Pavel.

Tyutin, who’s capabilities we all know, has two more years left at $4.5m per. This could be a tough fit unless the Rangers decide to part ways with Girardi, or Staal, or Keith Yandle. Right now, defense is an issue for the BJs, so it’s possible we could flip one of them for Fedor. This obviously includes a lot of assumptions. 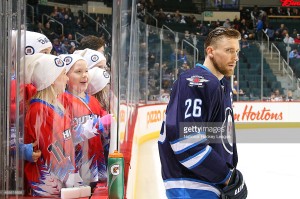 Right now, everyone is talking about his teammates Andrew Ladd and Dustin Byfuglien, both of whom are rumored to be on the trading block. However, if there’s a Jet that I would target, it would be Blake Wheeler.

Wheeler has all the tools you’d want in a winger. He’s big (listed ay 6’5, 200lbs), has positive possession and scoring chance stats (despite playing on some mediocre teams), and he can skate well. He has also succeeded in a 1-2-2 counter attack system, which is what AV employs.

Contractually, he’s got three years left at $5.6m cap hit, which will take him to age 32. So you’re not getting a player locked up well into his 30s. This season he’s on pace for an 80 point season, a career high. However, even if he regresses to his 60-70 point self, his cap hit would be manageable given his production.

In a way, he’s everything you’d hope Hayes or Kreider would turn out to be. And either of those two players is who I’d begin to build a package around for him.