Why the Rangers should acquire Andrew Ladd 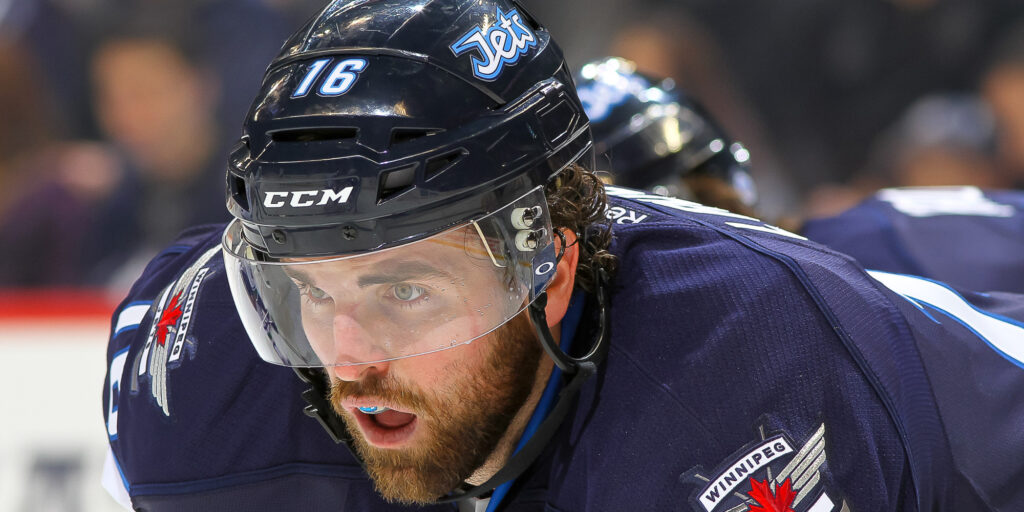 Anyone that watched the mini-debacle against the Ottawa Senators will know that there are a few serious flaws to be found on the Rangers roster. The win against the Sabres shouldn’t change the way people view the Rangers. This team doesn’t engage enough along the boards and they certainly don’t go to the net enough or make life difficult enough for the opposing goaltenders. The blank in Ottawa wasn’t an isolated case. This team needs to change its DNA up front (or at least mix it up) and needs a different type of top six forward.

In theory, the Rangers should have the players to get to the net with regularity. When Rick Nash wants to he can absolutely dominate most defenders and when he drives to the net he’s hard to stop. Same goes for Chris Kreider but too often both players play on the perimeter. At least, when you consider the physical tools at their disposal. Even if you consider their attempts to generate traffic appropriate, the rest of the roster doesn’t get to the high traffic areas nearly enough.

Enter Andrew Ladd. A lot has been made in the Canadian media of the breakdown in contract talks between Ladd and the Jets. If the rumours are true and the Jets are making re-signing Dustin Byfuglien their priority then Ladd is expected to be traded before the deadline. Its assumed the Jets cannot retain both. If Ladd really is out there the Rangers should find a way to get him.

Ladd is a player that can singlehandedly change the way the Rangers play. He’s physical, he’s a big body (6’3, 200+ lbs) and he can score. He’ll also go to the right areas on the ice and will happily put his body on the line. Only once in the past six seasons has Ladd been held under fifty points and that was when he was almost a point per game in the lockout shortened season.

Ladd is underperforming this year but it’s fair to assume, on a bad team and with the distractions that the contract stalemate has likely brought, a change would represent a new lease of life for the Jets captain. Speaking of captains (or leadership), the Rangers could do with more leadership in the locker room. Ladd is a well respected guy, by all reports his teammates love playing for him and at times the Rangers have appeared to have had a leadership void (of sorts) since Marty St Louis skated off into the sunset.

Ladd won’t be cheap; neither to acquire or to retain. A lot of clubs trying to make their presence felt beyond April need what Ladd can offer so the Jets will gladly entertain a bidding war for their skipper and if the rumours are true that Ladd wants north of 6m for a long term extension can the Rangers truly afford him? But should the real question be can the Rangers afford not to have him?

This team badly needs an additional top six presence. It doesn’t need any more finesse or perimeter play and it needs an injection of high end skill of a different kind. Ladd would bring everything the Rangers need, arguably both on and off the ice.

Make no mistake, the new contract just handed out to Alex Barkov of the Panthers will have been noted by Chris Kreider and his agent. Should Kreider finish the year strongly (and his game has been coming on of late) there’s every chance his agent’s demands will start at 5m for a long term deal. Hell, it will probably start at 5m even if Kreider has a bad finish to the year such is the appeal of Kreider if he hit the market.

Would the Rangers prefer to go with a known quantity (Kreider) that has yet to truly develop as they had hoped or would they rather commit that money to a guy such as Ladd who has a stronger track record and who would likely be a real locker room presence? Interesting questions lie ahead for Jeff Gorton and the coaching staff.

Whether Ladd is a realistic option for the Rangers depends on how much they’re willing to invest in a season in which the window of contention appears to be closing (depending on your take of the young core and the upcoming prospects). It also depends on who they’re willing to part with and what cap space can be moved. Lots of ifs and buts indeed.

Two things are nigh on certain as the Rangers enter the All Star break. A legitimate top six forward in Andrew Ladd is available for the right price and the Rangers (surely) cannot win the Cup in their current state. At this stage surely it is only a Stanley Cup that counts. February will tell us how much it counts to management. Andrew Ladd anyone?