With Dan Girardi out, who gets the call up for the Rangers? 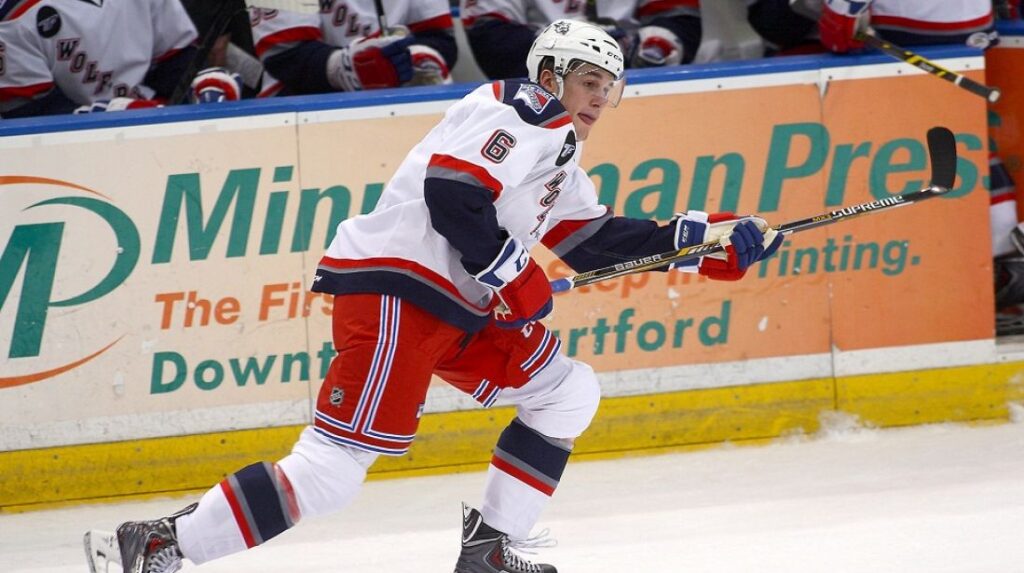 The Rangers will be without Dan Girardi for tonight’s game against Edmonton, which means the Rangers will need to call up a defenseman to fill out the roster. With Jarret Stoll on the waiver wire (update on that at noon), the Rangers have enough cap space to call up any defenseman for the short and long term. Considering it’s Girardi, and he’s a bit of an iron man made from robot parts, he likely will just miss this game. But there are a few options in Hartford that make sense.

He’s hurt. He’s not the call up. But Alain Vigneault hinted he would be had he been healthy.

Skjei is the most talked about prospect outside of Pavel Buchnevich. Many thought Skjei was ready for The Show last season, but he stayed in college. He impressed in preseason, but the numbers meant he was destined to start the year in Hartford. That’s not a bad thing, remember that Ryan McDonagh followed that same path. Skjei has NHL level skills, but it was a matter of getting used to the faster pace. He’s not a savior, but he’s the best option the Rangers have.

If the organization feels that Skjei isn’t ready –and reading between the lines of what was said about Diaz, that could be the case– then Summers is the next logical choice. Summers had a stint with the Rangers last year, playing in three games towards the end of the season. He’s nothing crazy and he certainly doesn’t come with the hype of Skjei, but he’s a depth defenseman that would at least bring replacement level production to the lineup.

Perhaps at some point in the future, but not now.

The call up is between Skjei and Summers, and it depends on what the Rangers want in the lineup. Summers is more your prototypical “defensive defenseman” in that he’s not a big scorer. Skjei puts up numbers and is certainly a better overall player than Summers, but if the kid isn’t ready, then he isn’t ready. I also think injury duration plays a factor, as the club may not want to yo-yo Skjei. Summers is the perfect one-game call up. Personally though, I hope it’s Skjei.