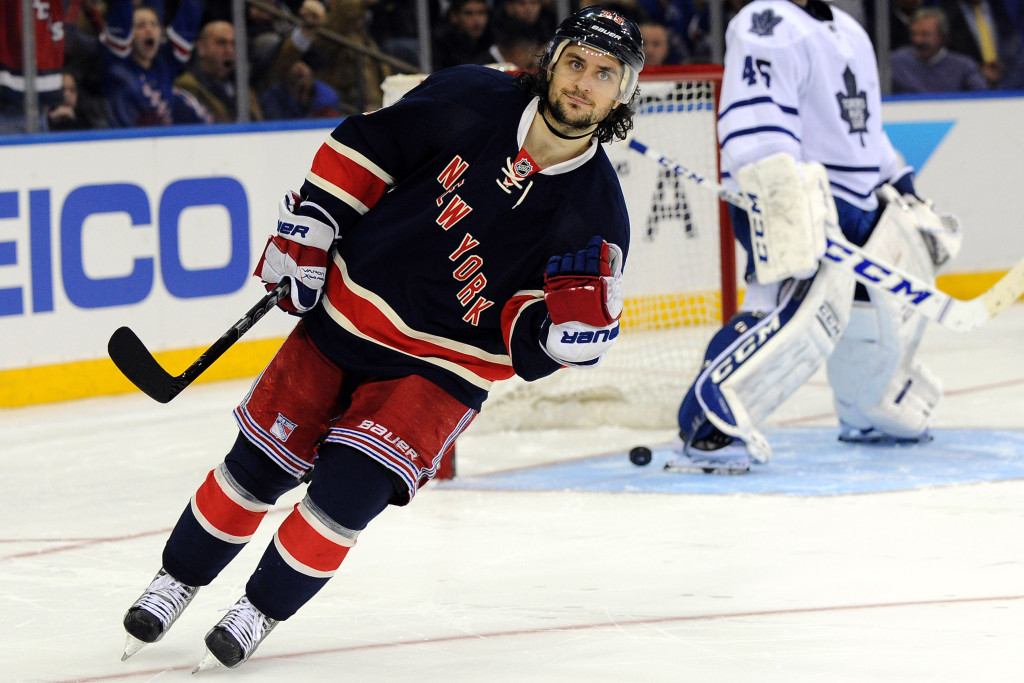 After what seems like a month off, the Rangers are back in action tonight against the lowly Toronto Maple Leafs. The Rangers are 6-2-2 and sitting pretty with the leaders in the Eastern Conference. The Rangers have been relying heavily on stellar goaltending to start the season, as the defense has been suspect and inconsistent. They have been hemorrhaging shots left and right. Shot hemorrhaging should level out a bit as the goaltending comes back to Earth. Hopefully that means the favorable results continue.

The Leafs are….bad. Like, real bad. Auston Matthews bad. They can’t score. Can’t play defense. Can’t stop shots. Nothing. So naturally, this feels like a trap game, especially after a long layover.

In Detroit, Mike Babcock had his boys playing a 2-1-2 forecheck, but mix in a LW lock depending on game situation. In their own zone, it was a straight up zone defense. On the PP, it was an umbrella and a 1-3-1 formation. On the penalty kill they changed up their strategy depending on the opposition’s setup.

In Toronto, Babcock hasn’t changed much, however his powerplay is a straight umbrella at the moment. They don’t have the skill to run a 1-3-1 yet, nor do they have a Henrik Zetterberg to serve as a roamer.

Jonathan Bernier gets the start.

Crazy Prediction: Hank gets the shutout.