Ryan McDonagh needs to be better 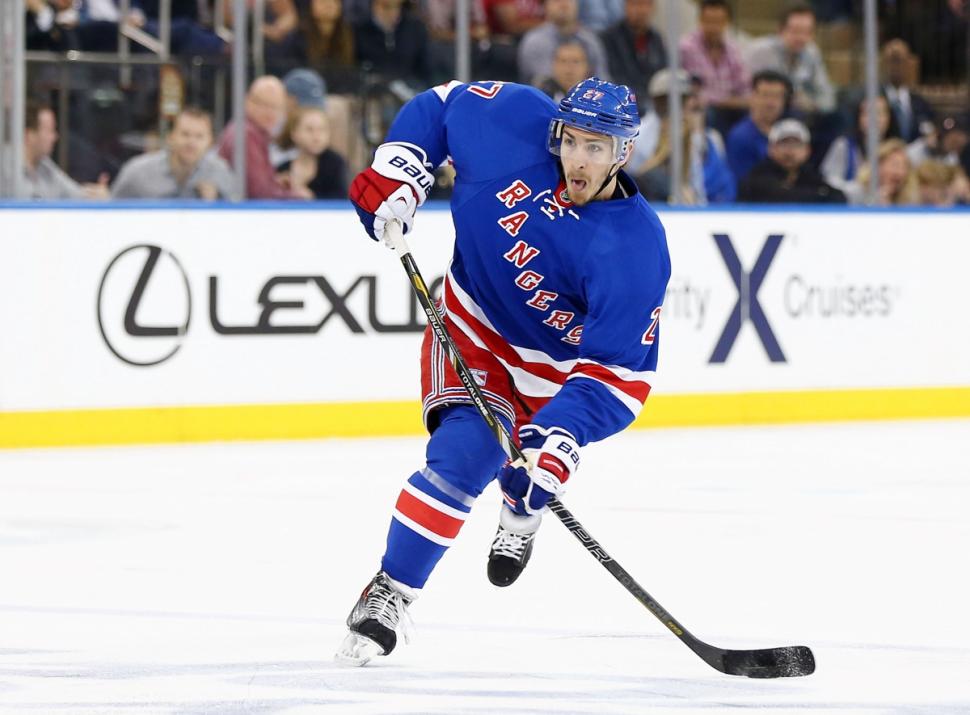 Like most teams the Rangers go as their best players go. Right now, only Henrik Lundqvist can say he’s his usual elite self and keep a straight face. Rick Nash, Derick Brassard as well as the entire blueline are not contributing as expected. Right now it’s the blueline that is causing most concern. Other forwards and the Rangers’ general depth are covering for Nash, for Kreider and for Brassard (take a bow Oscar Lindberg) but the defensive unit – as a collective – are making a series of errors each and every game.

The entire blueline has been a relative tire fire. It’s been hockey punctuated by individual mistake after individual mistake, by poor coverage and unacceptable defensive zone exits. The Rangers blueline has also been a turnover machine throughout October. Through all of that negative narrative (say that drunk) and no one, perhaps not even Dan Girardi, has begun the new season in as disappointing fashion as Ryan McDonagh.

The difference between Girardi (who regresses with each passing calendar month) and McDonagh is both the expectation and overall impact they have. Girardi is what he is. He is a hard working, predominantly shutdown defenseman who, against the right opposition and used the right way, is a solid top four guy. Even with his regression iron many Dan is (still, and for now) a serviceable blueliner. But so much more is expected but above all needed from McDonagh.

McDonagh is not contributing offensively (zero offense) and he definitely hasn’t passed the eye test – his passing has been poor (his outlet passes aren’t exactly Bobby Orr-esque this season) and he’s mishandling the puck on a regular basis. In his own zone, McDonagh has been guilty of several ugly turnovers, often leading to significant chances and goals against. Nine games into the new season and McDonagh already had an ugly -7 turnover differential – worst (with Girardi) amongst Ranger blueliners.

McDonagh’s play appears tentative both on and off the puck. His decision making (normally such an asset of his) has been slow and at best inconsistent. In short, McDonagh has done very little right so far this season. But what is wrong with a player known for his reliability and elite level talent? At present he’s a long way from being in any kind of Norris trophy conversation. A conversation Rangers fans have grown used to initiating.

The problem is that the Rangers cannot afford McDonagh to be this bad. They can cope with Girardi’s regression if McDonagh and Marc Staal etc. are on their games. When the Rangers captain and best overall defenseman is also off his game it has a trickledown effect on the entire unit and the results are an array of turnovers, ill timed pinches, bad reads and subsequent odd man rushes.

Somehow, entering Sunday’s game with the Flames, the Rangers sported a healthy 5-2-1 record. You can thank Henrik Lundqvist’s sublime start to the year for that season opening and somewhat misleading record. If players as irreplaceable as Ryan McDonagh can’t find their feet soon, don’t expect the record to continue to look so positive.