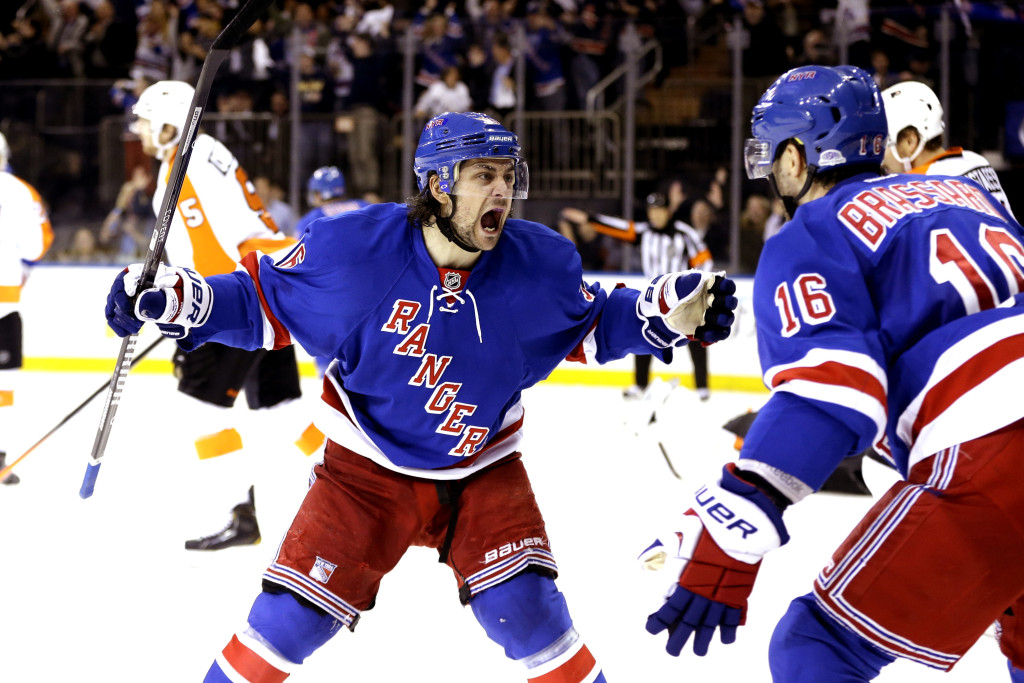 The Rangers have one two in a row, with strong showings at home against San Jose and Arizona. Now the Rangers travel to Philly to take on the Flyers, who are 3-2-1 but have been outscored by three goals thus far. The Flyers got better after demoting Andrew MacDonald (addition by subtraction), but their blue line is a mess and they have about six forwards who can actually do damage. So naturally this feels like a trap game.

Although the Rangers are rolling at 5-2-1, they can play better and get more from their blue line. More specifically, they need more from Dan Girardi, Ryan McDonagh, and Marc Staal. McDonagh seems to be coming on of late after being paired with Kevin Klein, but Girardi and Staal –coming off offseason surgeries– still need some work to find their games. The blue line has chipped in offensively lately, so that could be signs of a turnaround.

The Flyers just lost Sean Couturier to an injury, which depleted an already thin forward corps. Their two best defensemen are Mark Streit and Michael Del Zotto. Steve Mason is still a question mark, mostly because we think he’s solid, but the narrative is to assume he isn’t. This isn’t a very deep or strong team, but it’s still Philly. They’ve scored just 13 goals in six games, but have done a relatively well with just 16 goals against in that time frame.

It’s been a busy few weeks for me, so I haven’t had much time to update these posts with what Dave Haskol runs. I’ll get this updated, I promise.

Steve Mason gets the start.

Crazy Prediction: Hank gets his first shutout of the year (I’m leaving this here until he does. He’s made too many absurd saves for him not to have a shutout yet).