Opportunities remain for Ranger prospects such as Tambellini 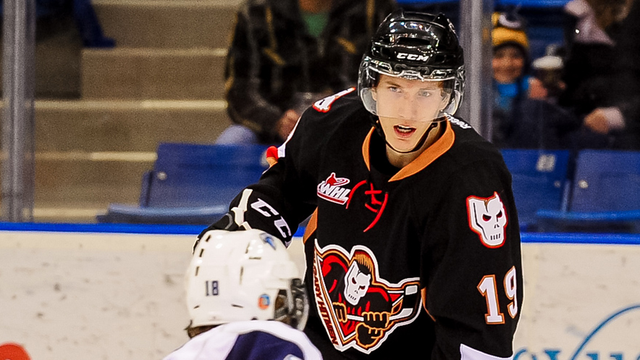 The future starts now for the Rangers. Every team need entry level contracted players to step up and provide cap relief and ideally play significant minutes – it’s a critical part of successful salary cap survival. With Derek Stepan about to get a serious pay rise (thanks Buffalo) the Rangers will need a younger player or two to step up sooner rather than later. With Chris Kreider and Kevin Hayes, amongst others, due for significant raises next summer, the Rangers would dearly love a prospect or two to force their way onto the roster and/or into significant roles in the short to middle term.

The immediate options for the coming season are obviously Emerson Etem, JT Miller and Jesper Fast. All three are absent of arbitration rights this season, so remain cost controlled; two of them are established Rangers and all three of them have serious upside, albeit in different forms (with Fast’s ceiling likely to be a solid two-way third liner).

If the aforementioned young trio can take the next step this coming season, then the Rangers will be in a good spot and under less pressure to find another cap bargain for the 15-16 season. Ideally though, the Rangers will see another prospect force their way onto the roster or at least stand out from the crowd at the AHL level, the way Oscar Lindberg did this season.

One prospect that could make a name for himself could be Adam Tambellini. Tambellini had a spectacular overage season with Calgary in the WHL as he scored 47 goals in the regular season and followed it up with 26 points in just 16 playoff games for the Hitmen. Tambellini has an NHL calibre shot and if he can improve his play away from the puck and adjust to the pro game with Hartford, Tambellini has a legitimate chance of eventually progressing to New York.

The Rangers have done well to bring in players that will help at the AHL level. Guys such as Brian Gibbons and Jayson Megna are classic ‘tweeners and should help the ‘Pack remain competitive. Younger players such as Tambellini and Marek Hrivik should benefit from the experience of the new recruits.

The timing for Tambellini to enter the pro ranks perhaps couldn’t be better. He enters the pro game off the back of a strong year, has seen prospects such as Danny Kristo and Ryan Haggerty move organisations all the while the Rangers may be forced into another Hagelin-like cap clearing move next season when Kreider et al need new deals.

There is a real opportunity for a prospect such as Tambellini. The Rangers don’t have a ton of skill in the prospect pipeline so would dearly love Tambellini to develop well. The team’s top six also isn’t set in stone just yet, certainly not for the long term. Miller’s best position hasn’t yet been defined, Rick Nash’s long term future is in doubt and a player such as Kevin Hayes may still be moved between wing and centre as the Rangers search for the best combinations that work both from a chemistry as well as financial point of view. Adam Tambellini may have a lot of work to do to get to New York but there’s definitely opportunity to be had.