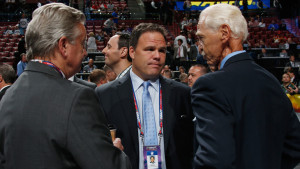 Happy 4th of July weekend, BSB community! Before we get started, just a quick housekeeping issue: we have our off-season plan contest finalists down to our final three. The finalists have submitted tremendously creative and interesting proposals. The plan is to start unveiling those next week for community voting, however, I didn’t want to bury them at the beginning of a holiday weekend, so you’re stuck with my thoughts.

Without further adieu, here are my thoughts post-draft and post-free agency…