Well, the New York Rangers stayed quiet for the most part, making primarily depth signings to fill out the roster.  Let’s break down each move the Rangers made yesterday. 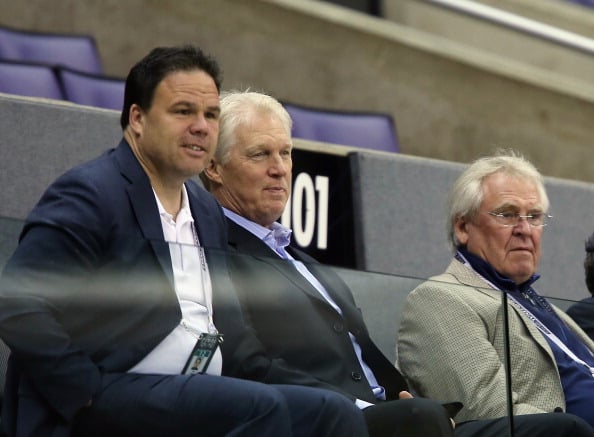 For those that missed it, Glen Sather stepped down as General Manager, but will remain as team president. Jeff Gorton is now the GM, and Jim Schoenfeld has been promoted to Senior VP, Assistant GM, and GM of the Hartford Wolf Pack. This was a move that came as a surprise, but had been speculated for a while. Gorton had been running most of the day to day by this point, so I think the move is more of a formality. That said, it was the biggest move the Rangers made yesterday, which is a good thing.

Worth noting here: Pre-lockout Slats was pretty brutal, and we’ve all recognized that. But post-lockout Slats built this team from a laughing stock into a perennial contender. In ten post-lockout seasons, the Rangers went to the playoffs in nine seasons. They went to a pair of Eastern Conference Finals, and one Stanley Cup Final. He wasn’t perfect by any means, and there are some significant questions, but the end-result was the best era of New York Rangers hockey we’ve ever seen.

This is another depth forward signing in the mold of Benoit Pouliot and Lee Stempniak. Stalberg doesn’t have flashy totals, with just one 20-goal season to his name, but his point-per-60 rates are pretty solid. He’s also a capable defensive player, as he suppresses shot attempts (CA60) with some of the best. He does the right things away from the puck, and is still able to provide some offense. 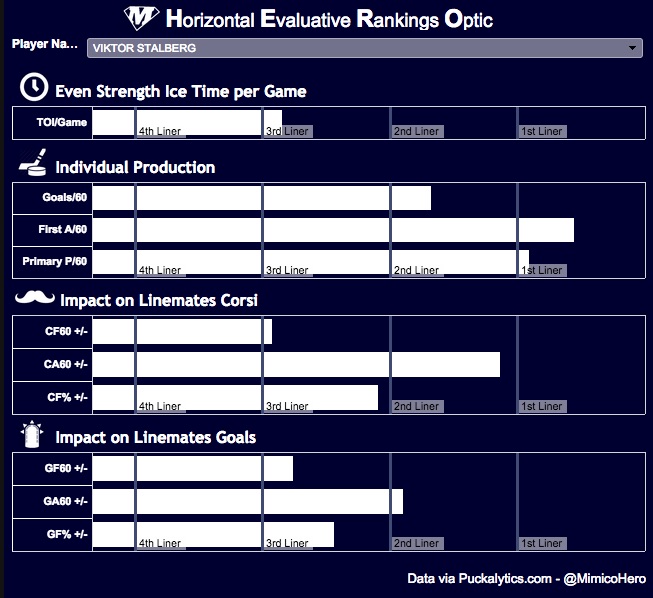 From the chart above, Stalberg usually gets 3rd or 4th line minutes, but has point-per-60 production of a top-six forward. This is everything you look for in a depth signing.

A lot of people flipped when Matt Hunwick went to Toronto for $1.2 million per season, but that is way too much money for a 7D. Diaz does everything that Hunwick does, and is a right-handed shot to boot. I never understood why Diaz couldn’t land a starting gig somewhere. He’s the epitome of market inefficiency in the NHL. 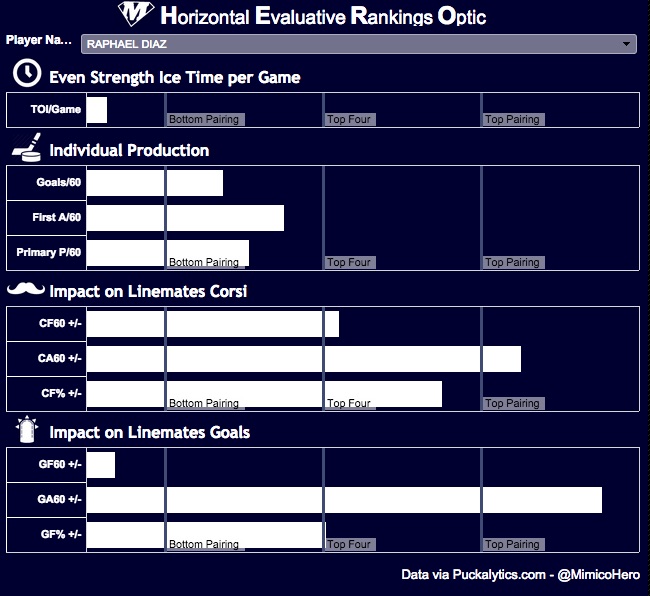 His TOI is low because he never plays, but he produce point-per-60 rates on par with solid bottom pairing guys. But when it comes to his play without the puck, and making the smart, safe plays with the puck, Diaz is one of the best 7D’s in the game. He suppresses shots against while having a positive impact for shots for. He is also among the top defensemen when it comes to limiting goals against. If you were looking for market inefficiencies in the NHL, here’s Exhibit A.

I understand that with Mackenzie Skapski out for the start of the year, Hartford needed another goalie. But what I don’t get is trading an asset, even if it is a late round pick, for someone to fill the backup goalie role in Hartford. Surprised they didn’t just sign a free agent. But then again, I don’t know the inner workings of the front office. It’s a marginal asset, and the guy has a solid name.

These are all AHL signings to fill out the roster, since the Pack is losing Chris Bourque, Danny Kristo, Chris Mueller, and Conor Allen.

Good lord I’m happy these rumors died. The Rangers were never trading either, and the rumors were baseless, unfounded, and completely illogical.

This was perhaps the best time for the Rangers to be lacking cap space, since there weren’t many big time free agents to sign. Instead, they remained quiet, and made solid depth signings for another push at the Cup. I don’t think the team is done, but this is as solid a Day One as you can ask.