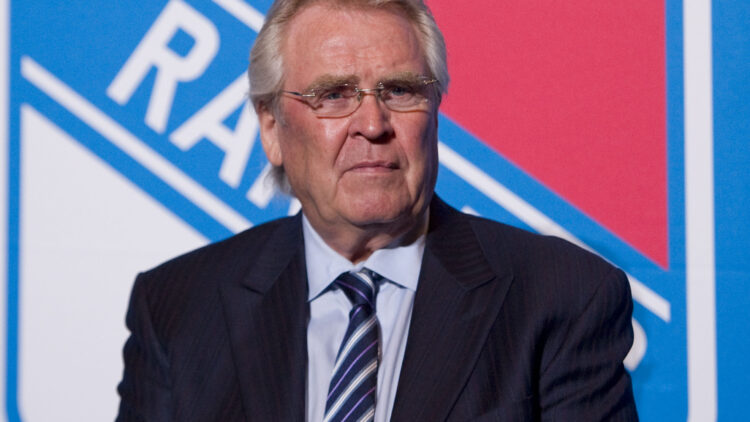 If the Rangers had won five more games, this post would never have been written.

But now that they have fallen short of the ultimate prize again, let’s take a look at General Manager of the Year finalist Glen Sather’s scorecard over the last 15 months. And before I go any further, know that I’ve been effusive in my praise of Sather in recent years here, here and here. Sather deserves credit for building a contending core from the ground up, but what he’s done since just before the 2014 trade deadline has done more to harm than to help.

Sather has been all in – and justifiably so, given how close his club is to the Cup. But it’s the compounding of each mistake that has been crushing.

Though I am not one that considers Girardi useless, this term and dollar amount should be reserved for true top-pair defenders, and Girardi just isn’t in that class. If the rumored Girardi to Anaheim for Sami Vatanen plus deal was ever actually on the table, then Sather went from roaring into the trade deadline with two slam dunk deals already in his pocket (don’t forget about the Michael Del Zotto for Kevin Klein swap), to instead tying himself to a horrific contract with major short and long-term implications.

It’s hard to kill Sather for setting a maximum budget for Callahan and sticking to his guns. But it’s also very difficult not to pine for those two top draft choices now that St. Louis has completed two underwhelming postseasons in New York and the Blueshirts haven’t won anything. Callahan was very quiet during these playoffs, but he’s still a legitimate 25-goal scorer while St. Louis has become a complete afterthought and won’t be retained. The loss of his mother last spring became a springboard both for St. Louis and for the team, but he had just one goal and seven assists during the regular season before racking up six goals and three assists after Game Four of the Quarterfinals. Not re-signing Callahan to a mammoth deal was defensible, but would you rather have committed to the former captain or been saddled with Girardi? It was likely a one or the other situation last spring and also could have saved the Blueshirts from losing Anton Stralman. But forgetting all that, it’s the absence of those top draft picks that looms large.

June 27, 2014 – Traded Derek Dorsett to Vancouver for a third-round pick

The pick wasn’t a bad return for a fourth-line player, but Dorsett was part of a very formidable checking unit last season. And though Keegan Iverson could turn out to be a player, was he worth the downgrade from Dorsett to….

Sather basically added a third-round pick and saved $200k by going from Dorsett to Glass, but he also tacked two more years onto the term for arguably the worst player in the league. Inexplicable.

Good restraint exercised for a talented but inconsistent player.

These moves will forever be linked together, and they represent the low point of the past 15 months. Boyle was a declining veteran with a dreaded over-35 contract, while the ever-underrated Stralman (who is 10 years Boyle’s junior) had just completed another outstanding season and wanted to return to New York. Boyle had an OK year when healthy and was quite good in the playoffs, but the primary reason for choosing him over Stralman was to improve the power play, which ended up finishing 21st in the league. Meanwhile Stralman is now widely recognized as one of the top defensemen in the NHL and is set to be a staple next to Victor Hedman on the Lightning’s top pair for the next several years. This one is really tough to stomach.

Kevin Hayes’ emergence combined with the current cap crunch makes this one look fine now, but it was still a shame to let a good player go for a really reasonable amount. Even if you never liked Boyle, spending another $500k to keep him instead of signing Glass would have worked out pretty well, right?

We’ll get to this.

Outstanding job getting an emerging player locked up at a bargain price tag.

This was more luck than anything – every team in the league wanted Hayes after he declined to sign with Chicago. The bright lights of Broadway and the club’s Beantown connection probably did most of the work, but Sather did clear the way for Hayes by letting Boyle go.

Talk about fortuitous timing! By preemptively striking and keeping Talbot from free agency this summer, Sather was able to turn his backup into a valuable trade chip.

If not for the Girardi anchor, this would be perfectly fine. It still is, really.

Yandle may yet turn out to be a long-time star on Broadway, but right now it’s just as likely this ends up similar to the St. Louis trade, with nothing to show for parting with prized young assets. Yandle’s performance probably won’t be the problem, but he should command in excess of $6 million on the open market next summer, an amount Sather will have a very tough time scrounging up considering all the other massive contracts already on the payroll and the extensions being penciled in for key youngsters.

Of course, just as with St. Louis, losing Yandle for nothing would be palatable if the team were to win the 2016 Stanley Cup. But otherwise it’s possible that Sather will have dealt his best prospect in ages AND two more high draft choices for another two-year rental.

And really the biggest problem here is that Yandle was only brought in because Boyle didn’t fix the power play as he was expected to. That was the primary reason Sather signed Boyle instead of keeping Stralman in the first place. Yes, Vigneault likes puck movers, but Stralman is quite adept at that himself. The chance to get Yandle would have been tempting regardless, but Sather might not have parted with Duclair if Boyle had proven to be the solution.

I’m not going to get too upset about a fourth-rounder, but with all the other high picks Sather had already dealt, it’s not nothing. Of course, this would have been a totally reasonable price tag if Sheppard actually played instead of Glass…

This one gets me more than any other. It was made partially for financial reasons, but that was cap trouble Sather could have easily avoided. It was also made for coaching reasons, but Sather boxed himself into a corner months before with the signing of Glass. Stempniak was just the depth scorer the Rangers needed to have for the playoff run in the event of an injury like Mats Zuccarello’s. Instead, the Blueshirts became a three-line team. Fine if Stempniak wasn’t what Vigneault wanted in a checking role, but the team should have been able to afford stashing Stempniak in the press box. Instead, Sather left himself with no depth up front whatsoever, which is inexplicable given the physical toll a long postseason takes on every team.

Phew. This was a necessity, and the terms ended up being very favorable.

It doesn’t seem like Sather should be in consideration for GM of the year when his roster is worse now than it should have been entering the season, and when you factor in all the future assets he’s sacrificed in the process.

Coming out of another close but no cigar (eh, Glen?) season, Sather has given himself precious little wiggle room to tweak and improve this group for another run – but that’s the task at hand.