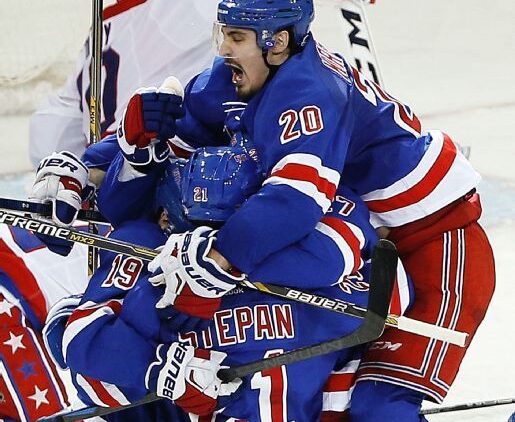 Sorry I couldn’t get the goal breakdown last night folks, but they won, so I don’t think anyone really cares that I missed it. Anywho, I GIF’d up the Ryan McDoangh overtime winner here, and here it is in all its glory:

A lot happens on this play, so let’s break it down. First things first, you notice how Jesper Fast creates this entire goal with two plays. First, he pressures Curtis Glencross into a neutral zone turnover.

That one turnover traps three Caps on the left side and one mid-change, with three more Rangers coming in to join the play. 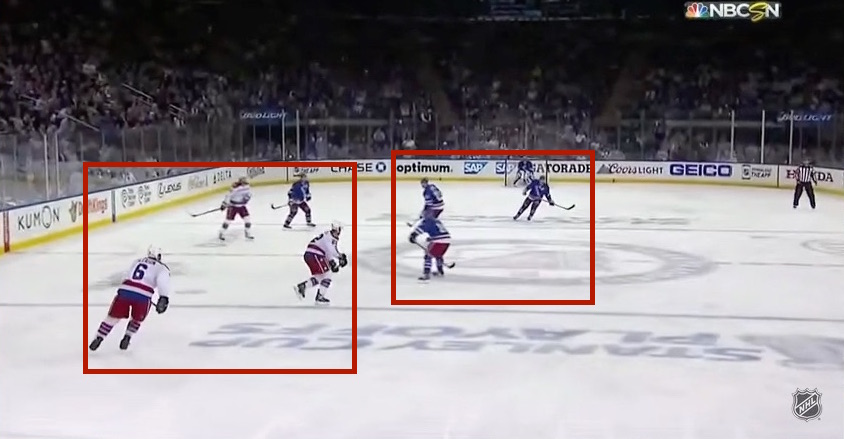 Caps out of position.

Fast will take the puck to the boards, while Chris Kreider will cut to the front of the net, getting in front of Braden Holtby. At this point, Fast draws two Caps to him, and Kreider cutting to the net has Tim Gleason’s attention divided. That opens up the passing lane to Derek Stepan, who joined the play off the bench. This play doesn’t happen without the long change. 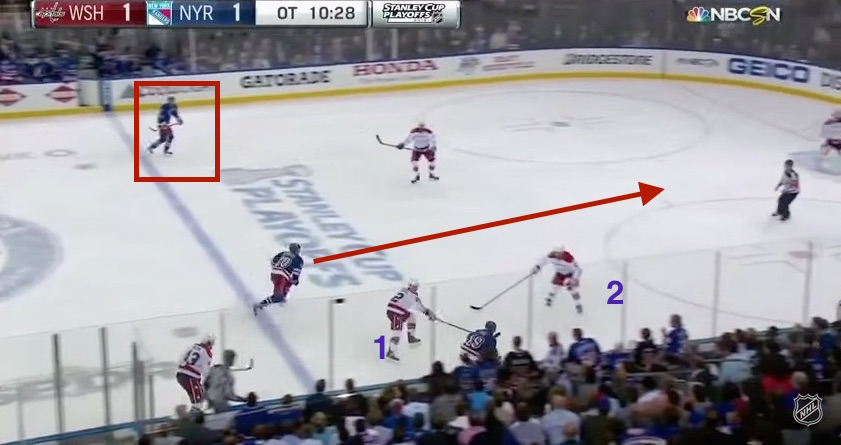 Now here is where things really break down for the Caps. Tom Wilson is kind of gliding here behind the play. Gleason tries to cut off the pass to Kreider cutting to the net, but so does Mike Green. Curtis Glencross doesn’t stop the pass across to Stepan:

Glencross, recognizing that Stepan has a wide open shot, does the only thing he can, and lay out on D to try and block the shot. Problem is that McDonagh is trailing the play. This is where Stepan has amazing poise and vision. He knows McDonagh is trailing, and he knows his shot will get blocked. So he fakes it and drops it to McDonagh.

Now we can circle back to Wilson coasting, because yes it mattered. His responsibility is to have his head on a swivel and cover the guy trailing, in this case McDonagh. Instead, he’s too busy watching the puck, and by the time he catches McDonagh, it’s too late. 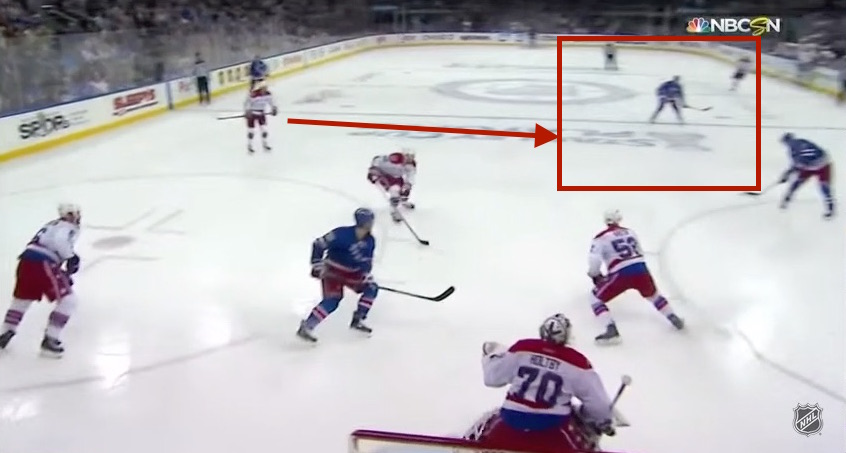 Head on a swivel Wilson

So we have a Glencross turnover and a Wilson coverage fail for the Caps. We have a pair of great plays by Fast and a heads up pass by Stepan. Then there was some luck as the shot went off Gleason’s leg. All that combines for a Game Six in Washington.