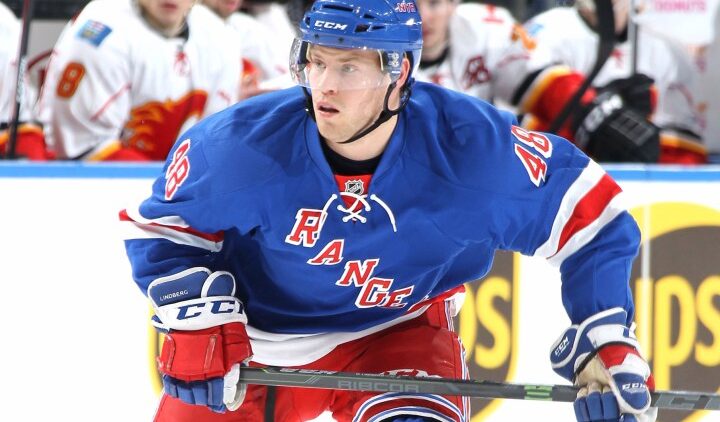 Oscar Lindberg’s stay with the Rangers was brief, subbing in for the injured Rick Nash for last night’s 1-0 win over the Calgary Flames. Lindberg was immediately returned to the Hartford Wolf Pack following the game. This is likely due to the fact that cap space is very tight, and since cap space is calculated on a daily basis, Lindberg’s $760,000 cap hit only stays on the book for one day (about $4,000 over a 160 day NHL season). If they need him again Saturday, they will call him up then.

As for his performance, Lindberg played 8:18 on 16 shifts, primarily with J.T. Miller and Carl Hagelin. He was a +4 SATF/CF in those eight minutes. He had 2 SOG, 3 hits, and won 2 of 5 faceoffs. He was tentative on his first few shifts, but seemed to gain comfort and confidence as the game progressed. Lindberg played just two shifts in the third period.