New York Rangers trade rumor season is upon us. This morning, Kevin looked at possible trade scenarios with the Arizona Coyotes (I make that mistake way too much). Suit looked at the Rangers trade deadline strategy, which is likely about adding depth on the blue line. The Rangers have already been linked to Mike Santorelli and Antoine Vermette as well. Oh happy days.

No matter who the Rangers are linked to, they will need to identify the tradeable assets within the organization. That’s not an easy feat, as the salary cap looms, and the Canadian Dollar, which was supposed to be around .85 USD, is tanking hard to around .60. Acquiring someone with a large cap hit into next season isn’t doable unless salary goes the other way.

John Moore is the most popular name that appears to be expendable. He hasn’t won the 6D spot from Matt Hunwick, who appeared in exactly one NHL game last season. He’s another RFA that is due a raise (a raise on his $850k salary is mandated by the CBA), and that raise itself might price him out of New York. If Miller or Hagelin are dealt for an upgrade on defense, expect Moore to be an odd-man out for center depth. 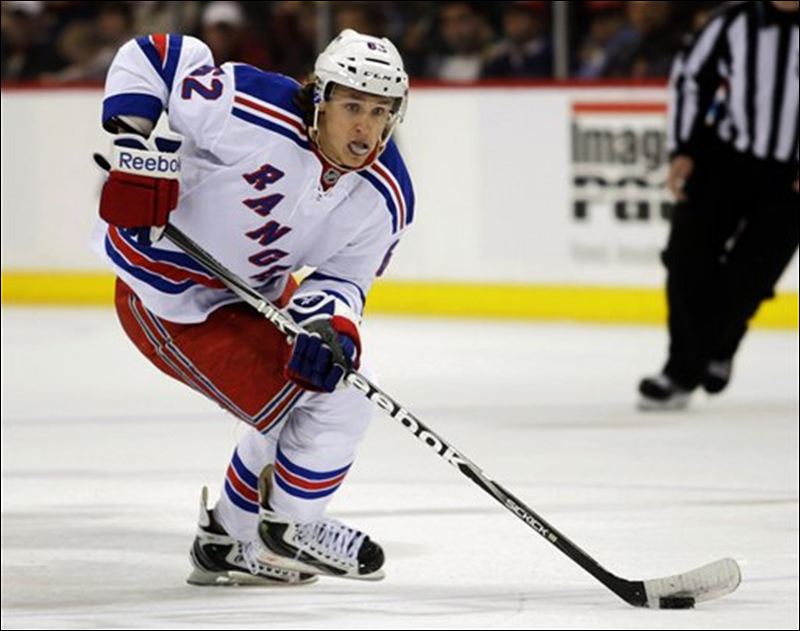 On the current roster, any trade conversation that involves a decent amount of salary coming to the Rangers likely means Carl Hagelin heading the other way. Without rehashing the entire post about Hagelin: He’s a solid two-way forward who played on the third line here. He’s due a raise on his $2.25 million at the end of the season.

The Rangers appear to be set at the top-six LW with Chris Kreider and Rick Nash at the moment, and Anthony Duclair is knocking on the door to fill in that gap at an entry-level price. Losing Hagelin would be tough, he’s a valuable Ranger, but he’s probably the best roster asset the Rangers have at the moment and he’s replaceable in the future.

J.T. Miller’s name has been thrown around a lot as well, and it seems all but certain he will be dealt at the deadline for a rental. Trading Miller is something I touched on in October, and the Rangers will certainly regret it if they trade him for a rental like Vermette, someone they know they can’t afford next season. That said, I’m expecting him to be dealt.

There has been talk of Jesper Fast being dealt, at least among those pure speculation discussions. I don’t think this is going to happen though. He’s secured a spot in Alain Vigneault’s “circle of trust” and is a cheap, skilled, great two-way bottom-six winger.

In the system, the Rangers have a bunch of kids that appear to be blocked from ever making it to the Rangers. Ryan Bourque is first and foremost on this list. He’s a projected bottom-six winger, and the Rangers have too many of them to begin with. He appears to be NHL ready, but blocked by the Rangers extensive depth.

Marek Hrivik is another guy in Bourque’s position, but it’s unlikely he has nearly the same value. That’s not saying Bourque has extensive value (he doesn’t, he’s a mid-level prospect), but Hrivik is probably a notch below. 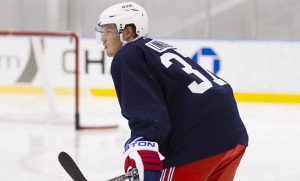 Oscar Lindberg toes the “good prospect” line a bit. He’s been the Hartford Wolf Pack’s best forward not named Chris Bourque this season. He’s getting significant ice time, and will likely be the first call up should the Rangers deal with injuries this season. That said, unless the Rangers see him as a fourth line center replacement –or a 4LW replacement, which they should at this point– in the immediate future, he may be a decent chip that can bring back something valuable.

There are some pretty solid trade chips for the Rangers, who make up for their lack of a first round pick this season with some solid prospects/young roster players and a pair of second round picks this year (TBL, NYR). They have the tools to upgrade the roster, but the trick is using those tools properly.