Is Rick Nash’s All Star season being underrated? 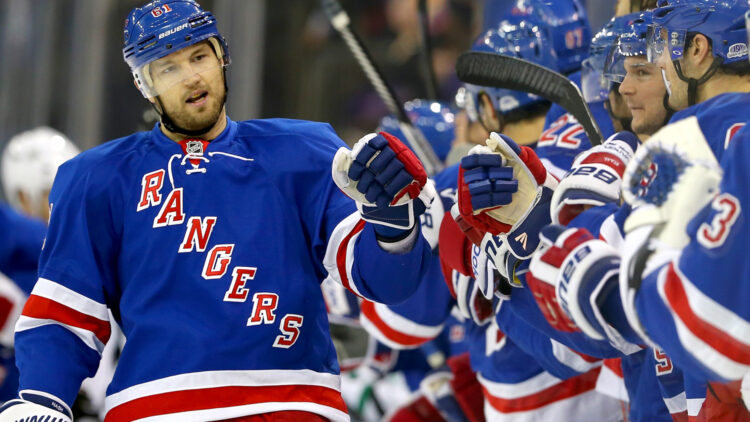 Nash celebration: unfortunately all too infrequent this season.

When you take a look around the internet Rick Nash’s name isn’t being mentioned in discussions for the major, end of season hardware. Why not? Nash, despite playing almost Selke-level defense and obviously second in the league in goals is doing it all for the Rangers at both ends of the rink yet the Hockey News didn’t even consider him in their discussion for their mid season awards post – not a sniff. We’ve come to expect it from the Hockey News but in their defence they’re not the only outlet that hasn’t touted Nash’s credentials.

Nash is on course for approximately 90 points; he may also challenge Jaromir Jagr’s 54 goal record setting season for the Rangers. Nash is in the top ten for game winning goals and is third in the league in shorthanded goals. There really isn’t anything that Nash hasn’t done for the Rangers, yet here we are and he’s not in the mix for some media love. What gives?

It’s mid season and perhaps it’s a pointless argument. Nobody won anything in January whether it be team or individual success. Nash is in the middle of his finest season as a Ranger and arguably his finest season to date. Nash took a lot of criticism in the last postseason (some rightly so) even though he played hard, within a team frame work (are you reading, Phil Kessel?) and certainly contributed to the Rangers march to the Cup Final even if it wasn’t the contribution many expected.

Nash is likely suffering from the mud that has stuck from last spring. It doesn’t matter. The Rangers know what they have in Nash and they know he’s an elite weapon who is at the top of his game. The Rangers power forward has found a new maturity in his game, a world class level of consistency and is all of a sudden absolutely worth the outlay and the cap hit he comes with. Rangers’ fans won’t care if Nash isn’t being discussed so long as the team has another deep playoff run and really, that’s all that matters. Thanks but no thanks Hockey News.