The theme of last night’s game was turnovers. The Rangers committed a lot of them, and the Penguins converted on enough of them to put the Rangers on the brink of elimination. The first three Penguins goals were the direct result of turnovers, with the back-breaking fourth the result of one of the worst defensive breakdowns I’ve seen in the playoffs. The Rangers managed just 14 shots on goal, while Henrik Lundqvist was hung out to dry, stopping 23 shots.

On the bright side, the Rangers managed to snap Marc-Andre Fleury’s shutout streak at 145:30 (!!!!!!!!) when Carl Hagelin broke down the seam and beat Flower glove side. They even managed to score a second, a typical FLOLeury goal by Mats Zuccarello. But yet, they still managed just 14 shots on goal, despite Pittsburgh playing with just five defensemen. Other numbers of note: The Rangers won just 39% of their face offs. Sigh. 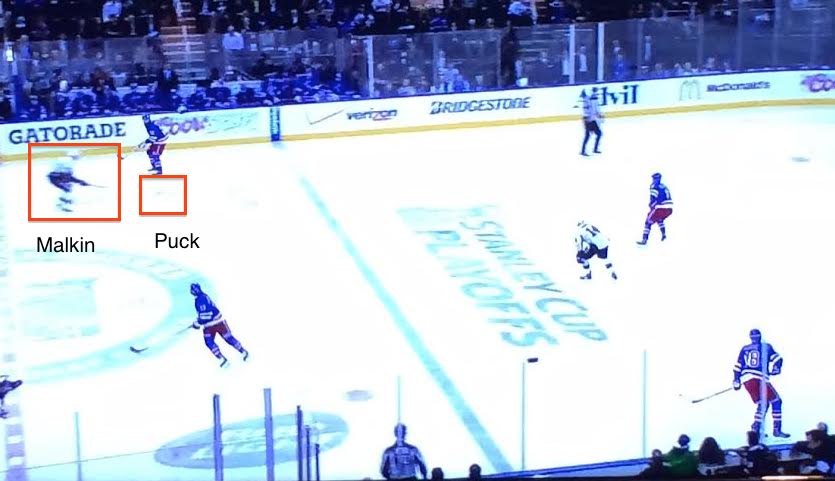 Anton Stralman’s outlet pass was intercepted by Malkin in the neutral zone, leading to a rush by the Penguins. Malkin hit Sidney Crosby on the weak side cutting in, then Crosby tried to feed Malkin on the give-and-go. Stralman slid and got a bit of the pass, but it slid under him, and caromed off Marc Staal’s skate to Malkin, who spun, dove, and backhanded it past Hank. 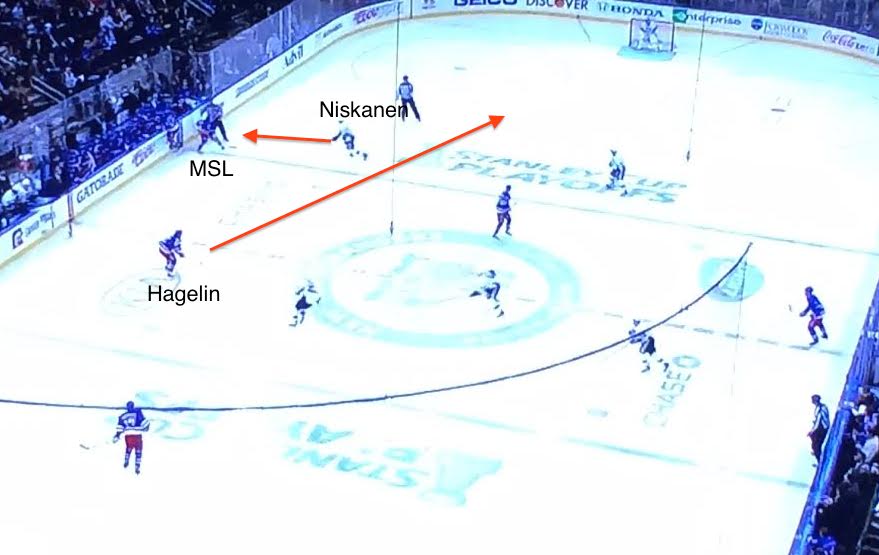 Hey, at least they didn’t get shut out. Ryan McDonagh hit Hagelin at the red line, and at that point Matt Niskanen cheated to Martin St. Louis at the blue line. With Niskanen cheating, the seam opened for Hagelin, and he used his speed to split the defense, come in on Fleury, and beat him for the first goal for the Rangers in 145 minutes. 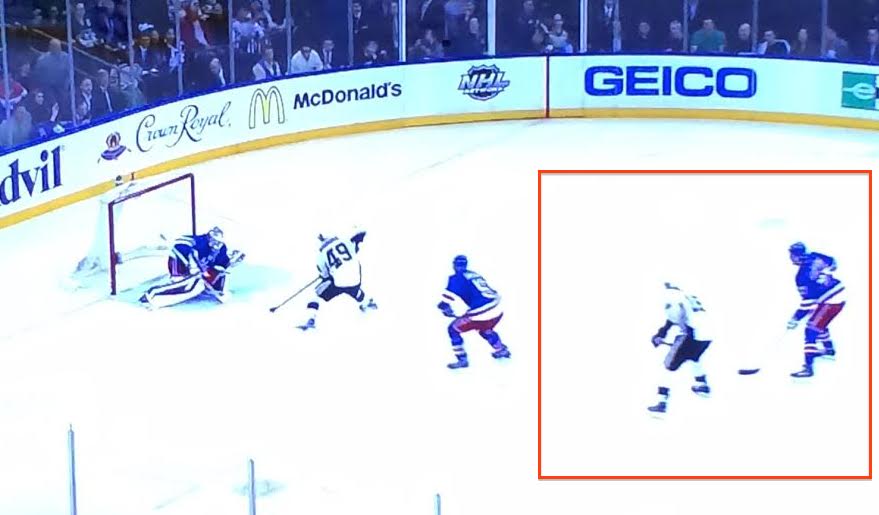 Brian Gibbons forced Rick Nash into a neutral zone turnover on the powerplay. Nash’s pass was intercepted by Kris Letang, who sprung Gibbons on a breakaway. The initial shot was stopped by Hank, but McDonagh’s controller appeared to unplug, as his backcheck was less than enthusiastic, allowing Brandon Sutter to roof the rebound.

No picture on this one. Sorry.

Staal’s shot at the point was blocked, causing the initial break out of the zone for the Penguins. Jussi Jokinen did the work here, using his body to get puck possession, then spinning at the side and throwing it at the net. The puck ricocheted off Staal, who had a rough game, and past Hank. 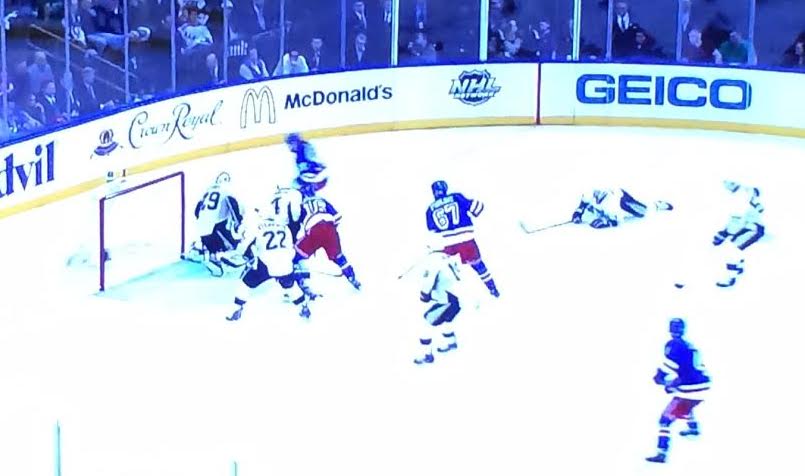 Fleury gave them a chance. Zucc got the puck from Stralman, skated around the Pens to the far side goal line, and took a backhander that Fleury flubbed. That’s why you shoot on Fleury.

Yea, this picture pretty much explains this goal.

Yea. The Pens dominated this.

Usually I end these with optimism. But I’ll level with you all, and this is coming from an extreme optimist. This current squad simply does not have “it.” I don’t know what “it” is necessarily, since I don’t believe in momentum or killer instinct or any of those fancy journalism words. I believe they were doomed in Game Three by bad luck. But I believe they mailed it in for Games Two and Four. Perhaps it’s the compete level? Maybe the Pens are just that much faster? Fresher? Both? I don’t know. They looked depressed on the bench. There’s no room for depression in this game.