The Rangers regained control of this series, with a big 4-2 win over the Flyers yesterday at MSG. Dominic Moore scored what turned out to be the game winning goal on a great individual effort in the second period, then assisted on Brian Boyle’s empty net goal to seal it in the third. Moore also went 6-1 on face offs (86%) while playing a key role on the penalty kill as he practically willed the Rangers to victory.

Philly controlled puck possession throughout the game, something they haven’t done all series. But yet again, goaltending was the difference. Henrik Lundqvist made 24 saves on 26 shots, but stopped every single puck thrown at him at even strength. Meanwhile, Steve Mason allowed three even strength goals, and that was the difference in the game. 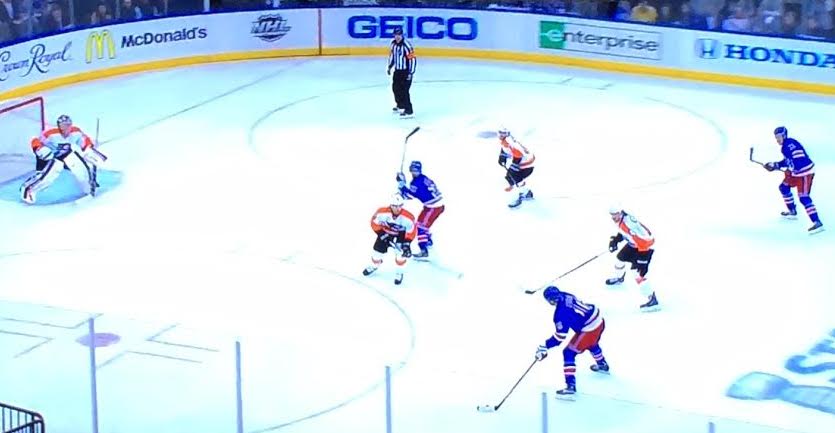 Not much to say on this one. Mason just flubbed it. This shouldn’t be a goal at the NHL level. 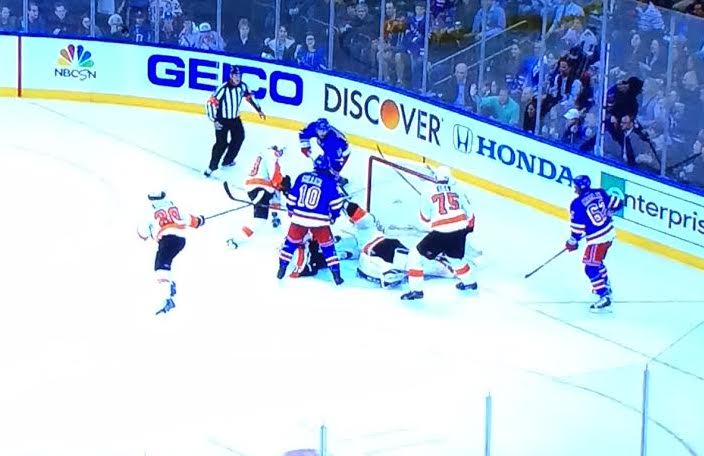 J.T. Miller, Carl Hagelin, and Brad Richards caused chaos in front of the Flyers net. Neither Mark Streit nor Hall Gill could get a clear handle on any loose pucks, and Mason couldn’t control any rebounds. This eventually led to Richards sneaking in from behind the net and roofing a backhander over Mason. There’s no real defensive breakdown, as Scott Hartnell was heading to the bench after blowing a tire, but Streit and Gill simply couldn’t get a handle on any loose puck. 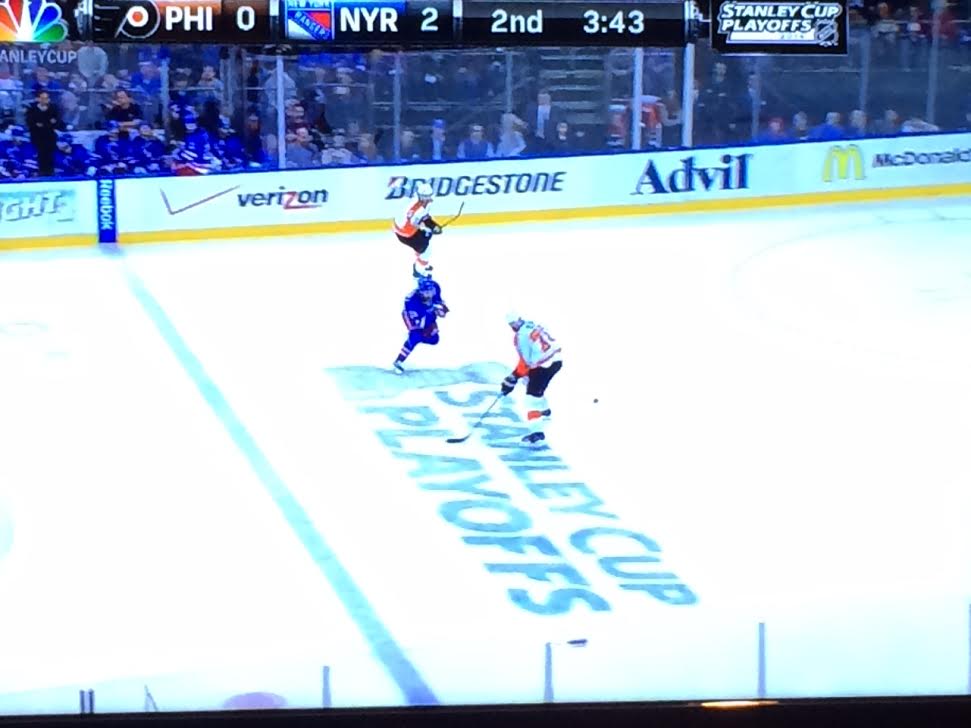 Brayden Coburn, who was pressured by Moore, put a pass to Gill in his skates. Gill couldn’t locate the puck, and couldn’t recover once Moore picked it up. Moore beat Mason up high, and then tackled Brian Boyle in celebration. 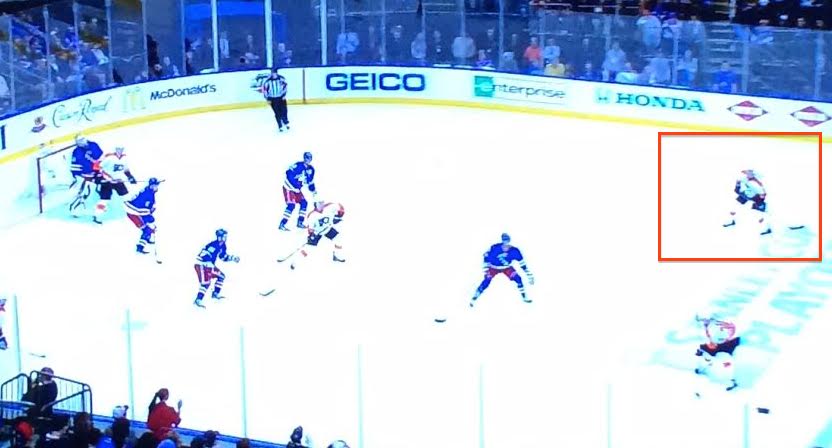 Eventually the Rangers were going to give up a powerplay goal. As per usual with their setup, the weak side point man –Vinny Lecavalier– was left open, but the Rangers did a good job of keeping him pretty high in the zone. Lecavalier’s shot from the point hit Kevin Klein and went through Hank’s wickets. Although it didn’t have direct impact on the goal, you can notice Klein fronting in front of Hank, instead of clearing the net. Argue what you want on this, but Alain Vigneault prefers this style of defending the slot when Hank is in net. 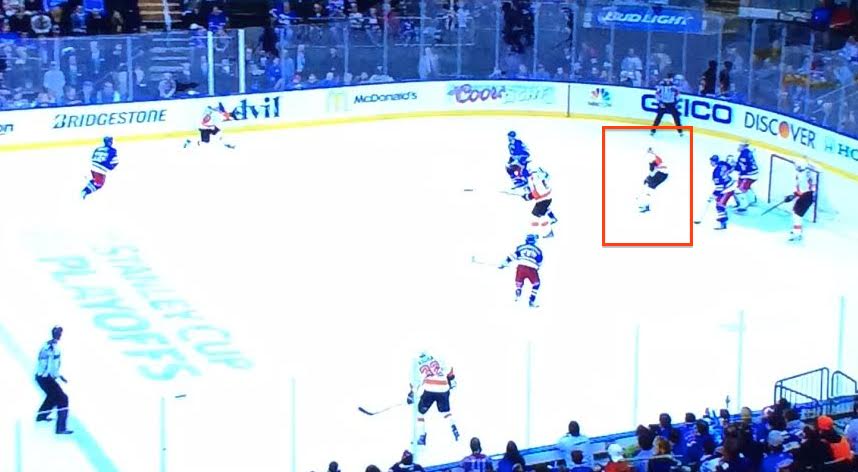 After Craig Berube aggressively pulled Mason with three minutes left, the Flyers were able to cash in on a shot from the half-boards by Claude Giroux. Wayne Simmonds (whom we all hate, but would love if he were wearing blue) was in front for the screen. Bad angle, but I don’t think Hank saw this.

As mentioned above, the Flyers actually controlled the puck possession game from start to finish, the first time they’ve done so this series.

Usually I have some kind of wrap up at the bottom of these. This time around, there isn’t. Game Six is tomorrow, and the Rangers would really benefit from closing this out. The more days off they get, the better.