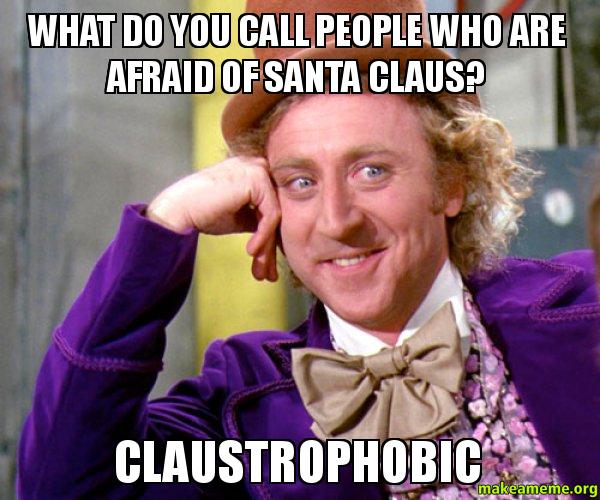 This morning when the writers here at BSB checked under our trees, though grateful for our gifts and the two recent wins by the Rangers, there were a few more things we were hoping for. Some of these wishes are realistic, some unrealistic, but if Santa Sather is reading this, please take note.

1) Marc Methot. There’s a reason that if you follow me on Twitter you know how much I love this guy. Methot is a veteran defensive defensiveman who throws his size (6’3, 230) around frequently to make beautiful checks. He’s the yin to Karlsson’s offensive yang on the Senators, and makes sure that when Karlsson’s defense slacks, the opposing team is covered. He’s got hip checks down to an art — even on the league’s most prized player — is surprisingly quick on his skates, and has started to produce offensively. A former Blue Jacket, he would fit in really well with his old friends in New York. At a $3M cap hit this year and next, this is doable – your move, Slats.

2) Alex Ovechkin. Could you imagine the mass spontaneous combustions that would occur if this ever happened? I know, I know – Ovie is the enemy, we all hate him, he’s the worst thing that’s ever happened, yada yada yada. At the end of the day, he is the elite player in the NHL. He is so offensively skilled and uses his body to protect the puck and hurt the opposing player. I would welcome him with open arms immediately, if not sooner.

1) A right handed defenseman that can move the puck and play defense. So….basically a Christmas miracle.

2) A “Did Milbury Really Say That?” game show on NBCSN. Since we are all committed to numerous NBC games every year, and thus subjected to the hilarious commentary that is Mike Milbury, we should create a show where we take absurd hockey quotes and ask “Did Mike Milbury really say that?”

1) Max Pacioretty. I’d be completely astounded if Montreal dealt its star 25-year-old power forward that’s signed to a bargain contract through 2018-2019, but if Darren Dreger is reporting it, it must have some legs.  Plus, this is the Canadiens we’re talking about, and they gave us Ryan McDonagh for Scott Gomez, so…  Even if Pacioretty were on the block, he’d cost and arm and a leg to acquire, so this is totally unrealistic.  But this is a Christmas wish list, so why not?

2) A contract extension for Mats Zuccarello.  He’s been the team’s best forward for a couple of months now and has really put it all together since coming back across the pond last spring.  Zuccarello is only going to get more expensive as he puts up more points, but the team shouldn’t try to jerk him around just because he’s an RFA yet again.  Plus, paying a guy that’s worked as hard as he has is a good message to send to some other guys.

1) Ryan Getzlaf. A dominant, play making center that plays nasty, that can shoot as well as score and can handle the big minutes, media pressure and has proven to be able to play clutch. Getzlaf would be an amazing Ranger and I was disappointed when he was re-upped early by the Ducks. With no Getzlaf addition even remotely likely then a player in the same mould please. Successful teams have strong spines: a quality goaltender (check), dominant top pair defensemen (check) and (usually) two strong centers. If the Rangers could add a dominant, big, physical and skilled guy to play ahead of Derek Stepan, good times would be ahead.

2) A strong trade deadline. Hey, it’s a little after Christmas sure, but if there is one thing I’d like to see from Glen Sather it is a couple strong additions on the fly. The Rangers have a lot of deadwood on the roster (Pyatt, Asham in the minors, Falk etc) and a lot of changes afoot, especially in the summer. If Sather can begin to re-do the roster this coming deadline it gives some more long term planning for Alain Vigneault who clearly wants his own people. Is it possible for Sather to add some nastiness and skill at the deadline at no excessive cost? Maybe, maybe not; but I for one would like to see Sather be pro-active and the trade market is where he traditionally excels the most.

1) I’d like Sather to step down. I appreciate what his staff has done at the draft table and some of the one-sided trades he’s made, but his big money free agent signings never pan out. I mean how many coaches does he have to go through before he finally gets axed? I have a lot of respect for people in that position. I know how hard that job really is, but everyone has a shelf life in sports. From administrative assistants all the way up to GMs. It’s time to hand the reigns to someone else. He’s had more than enough time to build a championship team and he’s never been able to do it. It hasn’t worked. Time to move on.

2) I don’t know if there is a realistic move to be made right now. This team has no identity and no clear sense of direction. I’m not sure what to look for as far as players who fit our team concept when I don’t really know what our team concept even is. My Christmas gift this year should be some direction.

Justin’s Wishlist… is empty cause somebody’s a Scrooge this year. In his honor, I will say that we all wish for more Friday chats.

What did Santa leave you wanting for the Rangers this year?