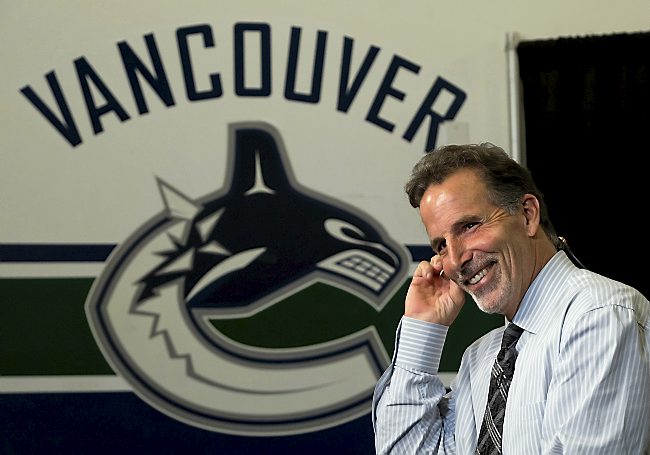 The Canucks come to town for the first of two regular season meetings with the Rangers (the next game is on April Fools’ Day in Van). What is sure to be a media circus today with a lot of distracting questions and baiting for jabs, hopefully the Rangers can see past the odd narrative and just go about their business to get two points.

They play 11 of their next 12 games at MSG so it will be crucial for our boys to use this month to get back to the top of the Eastern Conference, which is where they were expected to be. The Canucks play an aggressive 2-1-2 forecheck and aim to keep the opposition pinned in their own end zone. They haven’t had much puck luck of late, but from a possession standpoint, they’ve been absolutely dominating.

They are currently ranked #1 in the league in Fenwick For (shots and missed shots on goal) and 6th in FF%. NYR is ranked 10th and 13th respectively. This will be another good test for the Blueshirts. In the defensive zone, the Canucks play a low zone collapse and try to defend you in layers depending on puck location. On special teams, they play an umbrella/1-3-1 power play and rotate between a box and diamond penalty kill.

From a formation standpoint, Torts is employing similar schemes with the Canucks that he used with the Rangers. However, the biggest difference between Torts’ Nucks and Torts’ Rangers is what players do when they have the puck. In NY, Torts focused a lot on ‘manufacturing’ offense, with funnel plays, triangles, stretching the zone hi-low, and getting in front of point shots for tips and deflections. In Vancouver, there’s much more creativity and plays aren’t limited to North/South hockey. There’s a better balance of East/West and smash mouth.

Cam Talbot gets the start.