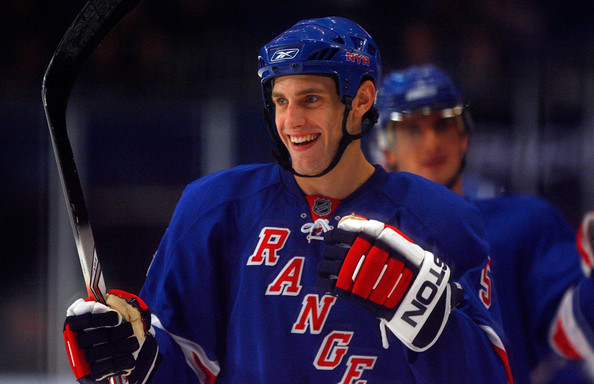 One of the oldest adages of hockey is that to win games, you must stay out of the penalty box.  Nothing revolutionary there, it makes sense that you don’t want to give your opponent too many chances to outnumber you on the ice.

It will certainly ring true in Round One, when the Rangers face Washington’s #1 ranked power play, which converted at a 26.8% rate this season.  The Blueshirts must continue to play disciplined hockey, but that could be tricky; Washington’s offense isn’t just a handful on the power play, the Capitals rank fourth overall in offense and possess the league’s hottest scorer, the resurgent Alex Ovechkin.

You might have heard that Ovechkin was left for dead and then came roaring back with 27 goals in his final 32 games to end up leading the league.  Unsurprisingly, Ovechkin did his most damage on the power play, where he netted 16 goals, a ridiculous six more than the league’s second-most productive player, Steven Stamkos.

Ovechkin hasn’t been the sole reason for Washington’s deadly power play though, a finally healthy Mike Green has also enjoyed a mini-resurgence and both Nicklas Backstrom and Mike Ribeiro have done a fabulous job facilitating puck movement, with a combined 32 assists on the man advantage.

Most of the time, the Capitals will come at the Rangers with a 1-3-1, attempting to set up Ovechkin for those all-too familiar one-time blasts from the top of the circle.  The Rangers equipment guys better have a few extra sets of shin pads on hand for the leading shot blocker in the league, Dan Girardi, because as we’ve seen repeatedly in the past, it will fall predominantly on him to get in front of Ovechkin’s slapper.

Containing Ovechkin isn’t a new challenge.  He’s been a part of each of the last four playoff series between these teams and has amassed nine goals and eight assists in 19 games against New York.  Those numbers aren’t shabby, but the Rangers – specifically Girardi, Marc Staal, Ryan McDonagh and Henrik Lundqvist – have done an effective job of ensuring that Ovechkin hasn’t single-handedly taken control of any of the previous four meetings between these teams.  With Staal still out, the pressure will be on Girardi, McDonagh and Lundqvist to do the same again.

What is a little different this time around is that the Rangers don’t have their typical top-10 penalty kill.  Darroll Powe has been a great addition and Ryan Callahan and Derek Stepan are always reliable, but New York hasn’t replaced some of its top penalty killers from a year ago.  The 15th-ranked PK stumbled down the stretch, yielding five goals in its last 16 shorthanded situations, while the Capitals notched multiple power play goals in four of their last seven games.

The Rangers went 17-4-2 this season when they didn’t allow a power play goal and they can make things a lot easier on themselves in this series if they stay out of the box.