The Rangers get Ryane Clowe 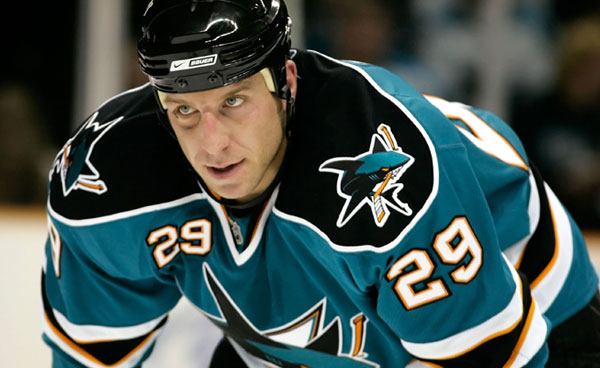 And here he comes.

The Rangers have added Ryane Clowe. The now former San Jose Shark comes to the Rangers after he agreed to waive his no trade clause, per several media sources on twitter. Clowe will cost the Rangers a 2013 second round pick, a 2013 third round pick (original Florida’s pick, traded to the Rangers for Wojtek Wolski) and also a conditional 2014 second that is dependent on him agreeing an extension with the Rangers or the team winning two playoff series this season. That pick becomes a 2014 5th round pick if the conditions are not met.

There’s a couple ways to look at this; first of all there’s the fact Clowe hasn’t scored a goal this season and has health issues. On top of this he’s had periods where he has taken lazy penalties and if he gives the puck away as he did in San Jose this season he could be in Tortorella’s dog house quickly. On the other hand Clowe address numerous Rangers needs. He hits, he plays an all round physical game, brings size and snarl and is willing to dirty work as well as drive to the net; all things the Rangers lacked this season.

When looking at his ugly numbers this season its easy to forget Clowe has had seasons of 17, 24, 19 and 22 goals in the last four full NHL seasons. He has been a 50 point player three times in his NHL career. Clowe is a legitimate fighter and is more skilled than any of the Rangers apparent bottom six. He is also more offensively talented than Brandon Prust who countless Rangers fans clamour for.

Now, is Clowe worth the picks and is he worth the salary? Only time will tell but Clowe to the Rangers makes sense now, and for the right price, in the future. Clowe’s impact will go a long way in addressing the Rangers roster beyond the summer. If he performs, the club will likely make space for a new contract for the big winger.