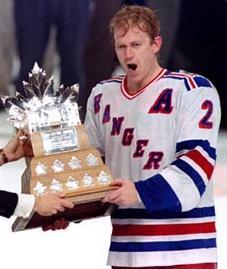 As expected, Brian Leetch was voted into the Hall of Fame today, joining Steve Yzerman, Brett Hull and Luc Robitaille as possibly the best HOF class of all time.

And now add to that list, Hall of Famer.

This caps off an amazing career by #2. There’s not much else to say other than Congratulations.