When the season started, we knew the Rangers would have an issue on the blue line. They were returning close to the same blue line as last season, which was terrible, and there was only so much that a new coach could do. The team is going to be adjusting to the system, but overall the results have been relatively on par with expectations thus far.

One area that is a recurring issue is the number of shots coming from the left side of the ice in the defensive zone. In all three goal breakdowns thus far, there have been three heatmaps that show an above normal rate of shots against from that side of the ice. Here’s the Nashville game: 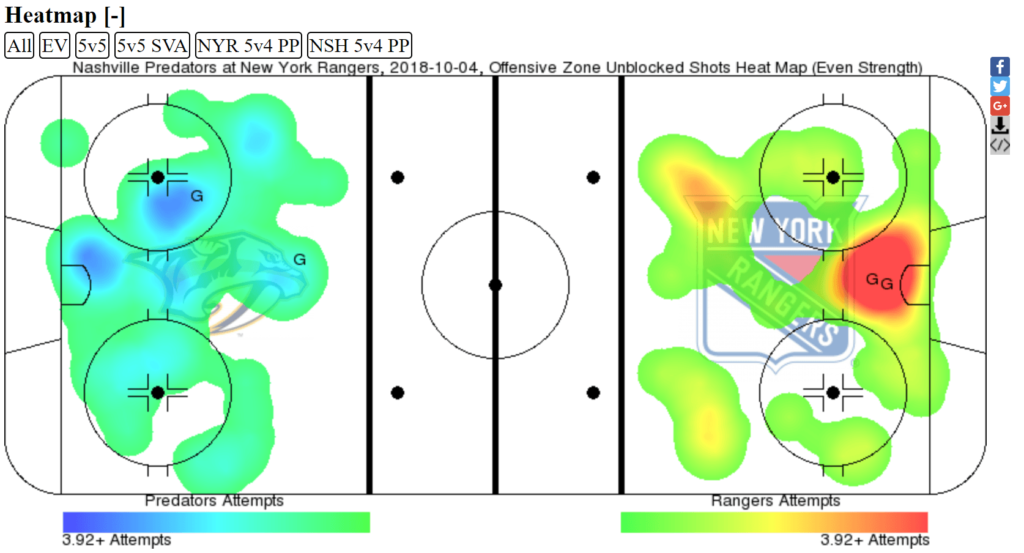 And here’s the Carolina game: 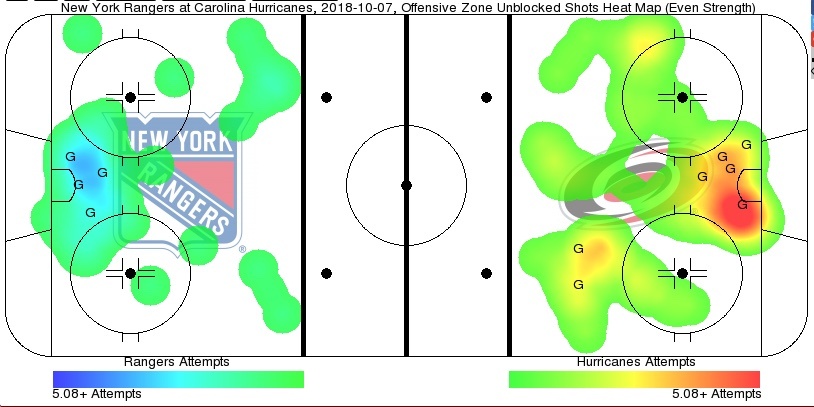 This is in line with what Rob said yesterday, that both Smith and Staal have been relatively bad to start the season. While Smith had a strong preseason and there is hope he will get better, Staal has been continuing his trend of being absolutely atrocious. Skjei has been good so far, but he’s not enough to bring the other two up.

It’s interesting that the shots are coming from the left side of the ice, but Kevin Shattenkirk is the one getting scratched. Eventually the new system should cut down on the distance of those shots –right now they are very close to the net, especially in Carolina– but eventually the personnel will need to change.

We are just three games into the season, but there is already an alarming trend on the left side of the defense. I guess we shouldn’t be overly surprised by this. It will be interesting to see how this plays out in the long term.